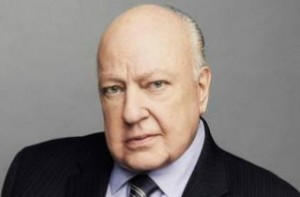 A reporter for Fox 5 in New York has filed a lawsuit against 21st Century Fox with another sexual harassment allegation against Roger Ailes.

According to The New York Times, Lidia Curanaj filed the lawsuit claiming that “the top-down harassment spread throughout Fox, permeating the work environment across departments and affecting women employees.”

She says that Fox 5’s news director has engaged in “discriminatory language that evinces bias against women, pregnant women, older individuals, people of Balkan descend and individuals with illnesses.”

But the lawsuit also alleges that when she met with Ailes for a job, he spoke with her in private and talked about the importance of female talent “to look good from head to toe.”

And then she alleges this happened:

“Ailes then asked Ms. Caranaj to stand up and ‘turn around’ so that he could ‘see [her] from behind.’ This, of course, made Ms. Curanaj extremely comfortable, but, as requested, she stood up, quickly twirled around and st back down.

“Ailes leered at her and commented, ‘I like what I see.'”

Ailes also reportedly reached out to a New York state senator she had dated and allegedly asked things like “how’s the sex” and whether she “put out.”

You can read the lawsuit, obtained by the Times, here.

UPDATE –– 7:00 pm ET: Mediaite has received this statement from a spokesperson for Fox Television Stations:

“We do not think the plaintiff’s claims have merit, and we intend to defend vigorously.”