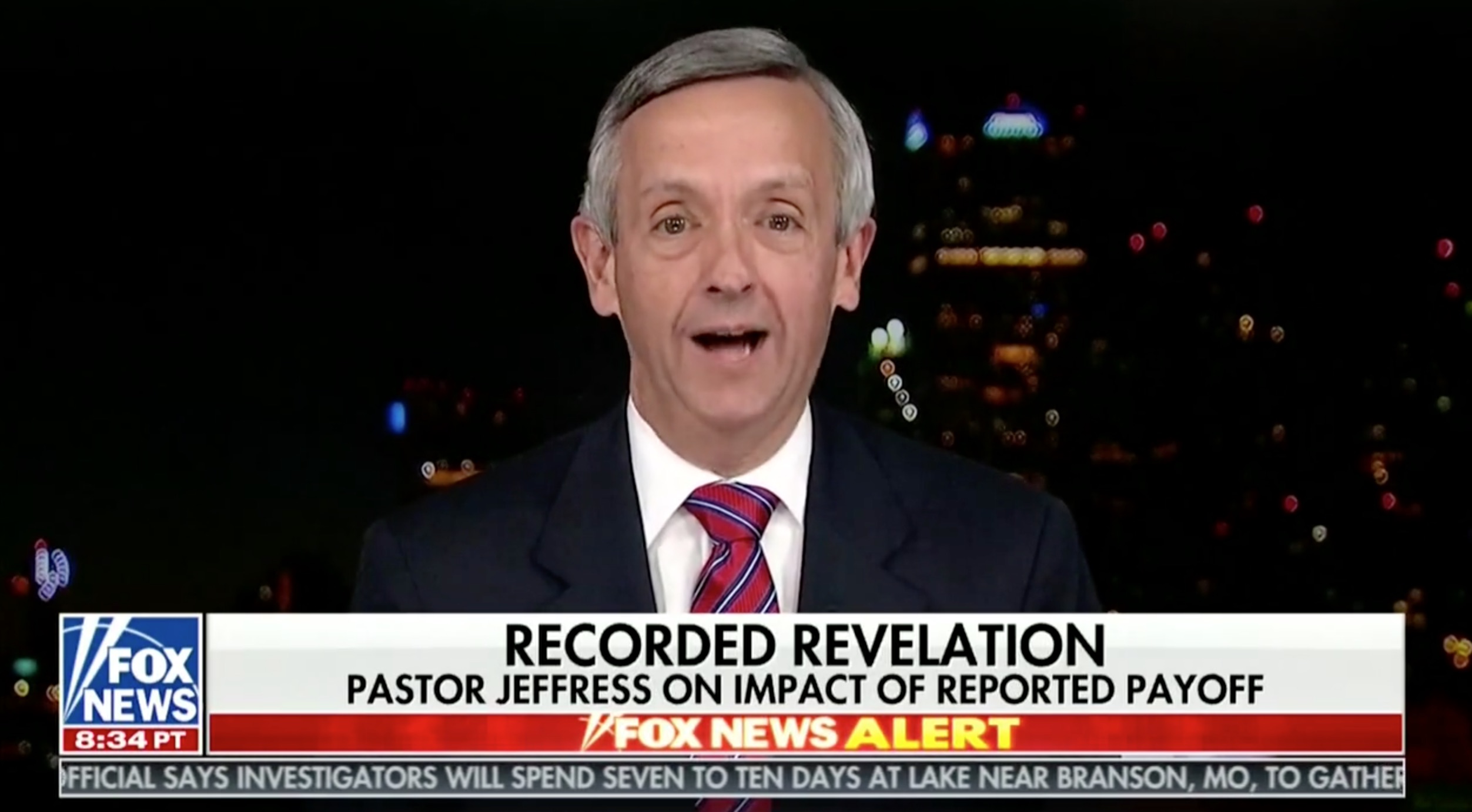 However, that response provoked a wave of backlash on Twitter from the media and others, who found the remarks from the pastor and known Trumpster downright shocking, in particular, his claim that “none of us has a perfect past” and that “we voted for him because of his policies.”

To be sure, Reagan was once accused of sexual assault by actress Selene Walters, a far cry from the “womanizing” referenced by Jeffress.

Reactions to the statements, which were made during a Friday evening Fox News interview with host Ed Henry, were widespread by Sunday:

What? What a dope! Throwing Reagan under the bus to defend Trump. https://t.co/zFk8c90j0Y

“And by the way, none of us has a perfect past.” In the Trump era, evangelical leaders increasingly say what matters is policy and not personal morality. https://t.co/SQ7HdWLq0Y

Badmouthing Reagan to own the libs https://t.co/SDc7w88rZZ

Rev. Jeffress also sought to have children’s books about children with gay or lesbian parents removed from the public library and believes “You can’t be saved being a Jew”, so I’m pretty sure his opinion is not valid. https://t.co/aNyWLN6xzG

Trumpkins’ Jesus is so different than regular Jesus https://t.co/M2f3mSFqHo

“Throwing Reagan under the bus to own the libs” is certainly a new one. https://t.co/y3NhFluyhu

Not very Christian to denigrate others to defend an unrepentant sinner. https://t.co/KNAKDXSyU5