Roger Stone Posts, Deletes Photo of Himself and Trump Covered in Swastikas

Roger Stone Posts, Deletes Photo of Himself and Trump Covered in Swastikas 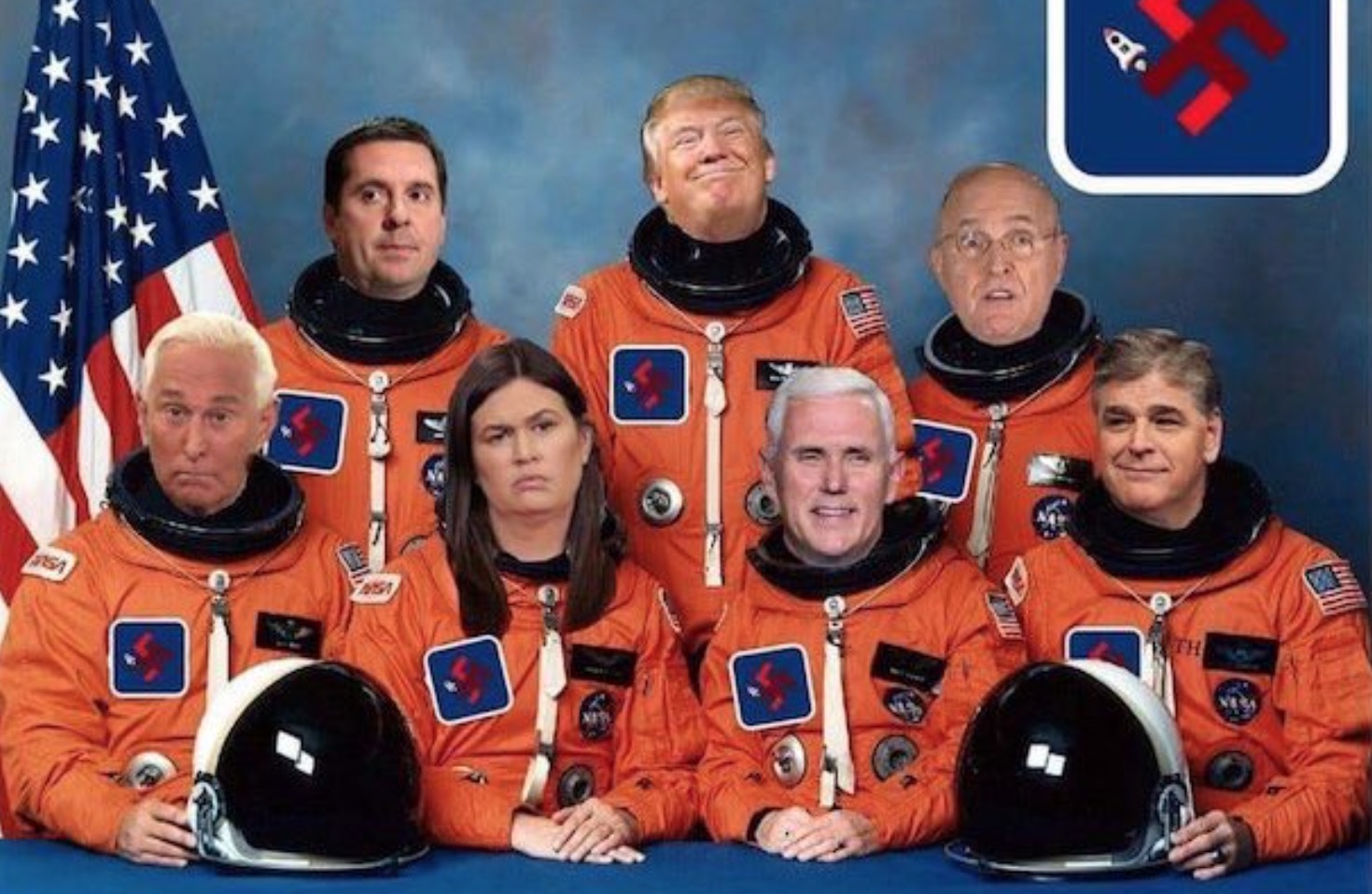 Judging by the imagery and the “in space no one can hear you lie” caption, the picture was most likely made by a Trump critic — but Stone decided to latch onto it at first in order to jab at the “liberal scumbags.”

Stone has deleted the picture, but screengrabs live forever: 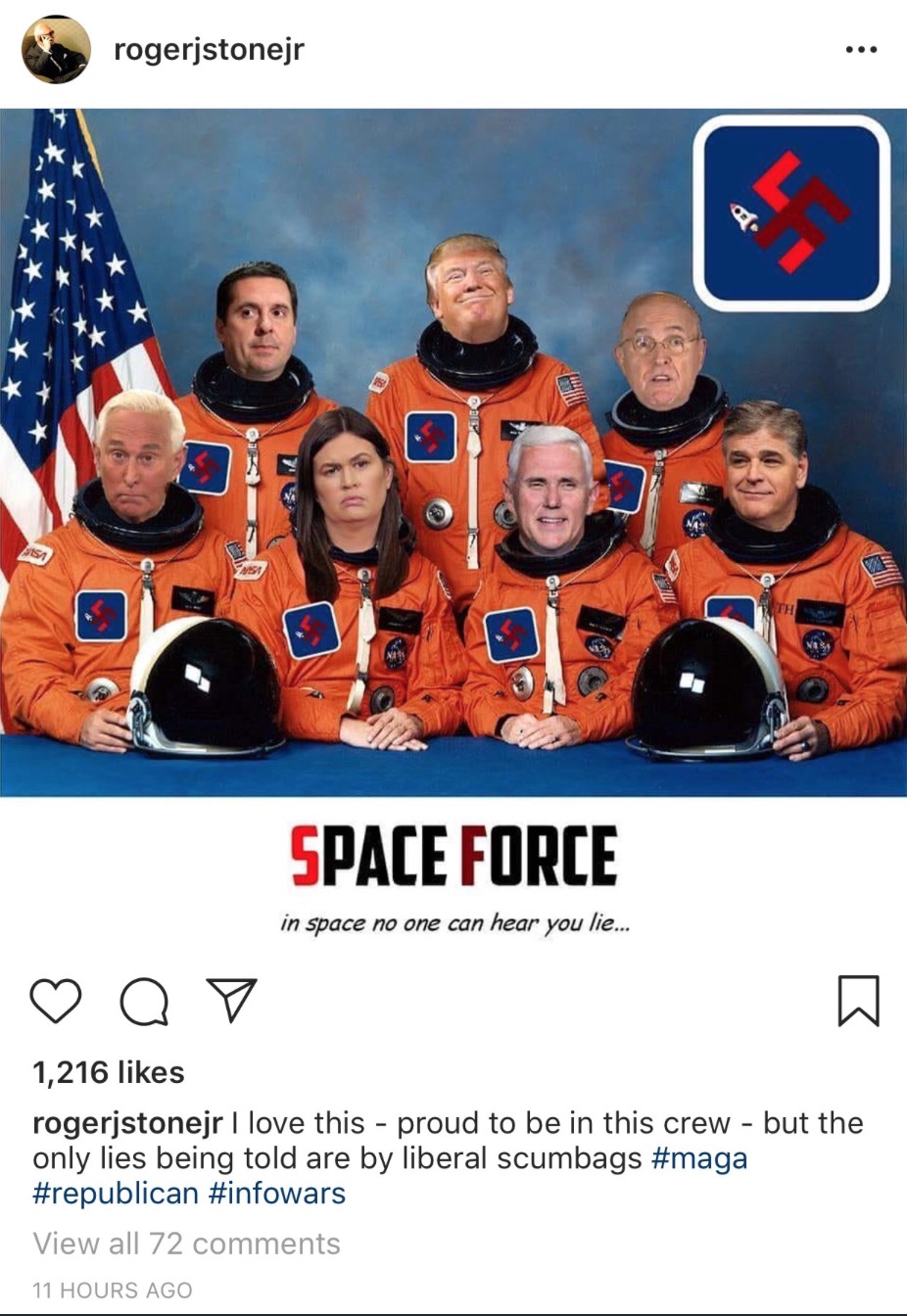