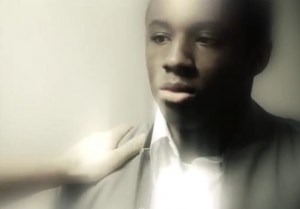 As Ron Paul currently fends off the recurring problem of his eponymous racially-charged early-90s newsletters, pro-Paul superPAC RevolutionPAC has released an ad that pushes back against the notion that their candidate is a racist. The ad, entitled “The Compassion of Dr. Ron Paul,” tells the tale of an interracial couple who were refused medical care in the early 70s, until Dr. Paul stepped in. It’s a compelling spot, but the Ron Paul of that anecdote isn’t mutually exclusive with the newsletter guy.

James Williams of Matagorda County, Texas recounts a touching true story. Living in a still prejudice Texas In 1972, his wife had a complication with her pregnancy. No doctors would care for her or deliver their bi-racial child. In fact one of the hospital nurses called the police on James.

Dr. Ron Paul was notified and took her in, delivering their stillborn baby. Because of the compassion of Dr. Ron Paul, the Williams’ never received a hospital bill for the delivery.

Ron Paul views every human being as an unique individual, afforded the rights endowed by our creator and codified in the Bill of Rights.

The spot packs an emotional punch, but it ignores one of the more complex facets of race, which is that it is possible for people we love and respect to have (or to have had, or to have tolerated) repugnant views on race. People who think that black people are mostly criminals (or insert stereotype of your choice) have no problem being nice to “one of the good ones.”

Those newsletters have raised a lot of questions. He has made many contradictory statements about the newsletters, but his explanation (he used to think it was preferable to defend the newsletters, rather than admit he hadn’t written them) is reasonable enough if you’re inclined to give him the benefit of the doubt. The truth is probably a lot more complicated.

It’s easy to forget that the early 90’s were not a great time for race relations in this country. The Rodney King riots and the O.J. Simpson case exposed the raw nerves that wrap around racial faultlines in this country, and there was a lot more comfort, then, with expressions of racial resentment, usually couched in statistical “reality,” as with this Paul explanation that Dave Weigel dug up:

He also said the comment about black men in the nation’s capital was made while writing about a 1992 study produced by the National Center on Incarceration and Alternatives, a criminal justice think tank based in Virginia.

Citing statistics from the study, Dr. Paul then concluded in his column: Given the inefficiencies of what DC laughingly calls the criminal justice system, I think we can safely assume that 95 percent of the black males in that city are semi-criminal or entirely criminal.”

“These aren’t my figures,” Dr. Paul said Tuesday. “That is the assumption you can gather from” the report.

Was Dr. Paul making an ignorant argument to cover up the fact that he didn’t write the newsletters, or was he really that ignorant? The answer hardly makes a difference. As the Williams’ story attests, ignorant people can do decent things, and can be otherwise decent people. Racism, ironically, isn’t a black-or-white phenomenon, it’s a spectrum disorder. You can be rightly enraged by “miscegenation” prejudices, yet still be convinced of a black tendency toward criminality. If you’re going to fit every white person who’s ever been scared of black people with a Klan outfit, just give me a few minutes to buy some stock in Linens ‘N Things.

What’s really confounding about Ron Paul, though, is that he also has a profound understanding of the racism embedded in our criminal justice system. A friend of mine forwarded this video to me, in which Paul makes several compelling arguments about race and justice. They can be viewed cynically as an attempt at damage control, but that’s not how it strikes me:

Just as with his ersatz plan for ending slavery, Ron Paul’s heart seems to be in the right place, even if his head isn’t always. His prickly reaction to the latest round of questions on the newsletter controversy seems to indicate that he doesn’t feel like he’s getting the benefit of the doubt, and perhaps he’s right. It’s possible, even likely, that if he came clean about the newsletters, the media and his opponents would simply savage him for his trouble. That doesn’t mean he shouldn’t do it. Doing the right thing means facing the music, whether you can dance to it or not.