Roseanne: Trump Has Freed Hundreds Of Children a Month From Sex Trafficking Rings 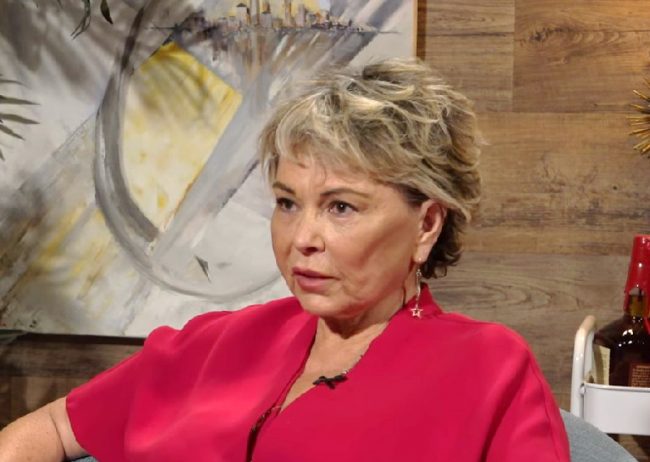 On the day that Roseanne Barr found out that ABC had greenlit the revival of her iconic sitcom for a second season following its blockbuster debut, she decided to publicly dip her toe back into the conspiratorial waters that have already haunted her show’s revival.

We already know about her penchant for calling folks “Nazi” on Twitter — and that she even dressed up as Hitler for a photo shoot some years back — but did you know that she also seems to be a believer in an absolutely unhinged conspiracy?

Well, if you didn’t, Barr made sure you knew it tonight.

President Trump has freed so many children held in bondage to pimps all over this world. Hundreds each month. He has broken up trafficking rings in high places everywhere. notice that. I disagree on some things, but give him benefit of doubt-4 now.

As you can see in the tweet above, the comedian claims that the president has “freed so many children held in bondage to pimps” and “broken up trafficking rings in high places everywhere.”

This seems to refer to a conspiracy known as The Storm, which appears to have derived from Trump’s quip at a photo op last October about it being the “calm before the storm.” While The Storm is a highly convoluted and all-encompassing conspiracy, the main gist looks to be that there are Democratic pedophilia clubs and child sex trafficking rings involving extremely famous people. And Trump is breaking up these rings and placing all of these people under arrest, but they are still seen in public as they are wearing monitoring bracelets. Or something like that.

Anyway, those who believe in these theories tend to track them on message boards like 8chan, where an anonymous user named “Q” — the conspiracy is also known as QAnon — provides cryptic details about recent events, seemingly indicating they are all part of The Storm. (Q claims to be a high-ranking White House official.) And Roseanne has helped spread the message on Twitter in the recent past.

You all know Roseanne is a QAnon conspiracist who thinks the Deep State is using MKUltra to control people's minds, right? pic.twitter.com/xGqveTwm19

After Barr sent out her tweet this evening, folks noticed that she was spelling out the conspiracy:

2. Talk about timing…The Daily Beast did a story on this yesterday which they've just updated.

this shit is straight off q-anon, the woman is legit deranged https://t.co/uLUSQqVDKn

One wonders what kind of headaches this is creating at ABC’s offices right about now.

UPDATE: After her tweet grabbed so much attention, Barr wrote that she thought Passover was a good time to talk about “freeing kids from sex slavery” but “didn’t realize that so many were not aware of it.” Therefore, she will no longer be sharing her opinions on Twitter because it “invites bullying.”

i thought today was a good day to talk about freeing kids from sex slavery, since it is Passover. I didn't realize that so many were not aware of it. Anyway, no more opinions from me on twitter, it invites bullying. Moving on.