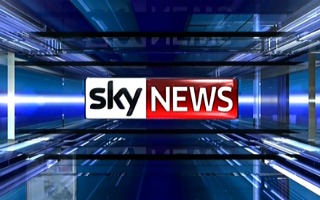 According to a report in the Washington Post on Thursday, the British Sky News Network, owned by Rupert Murdoch’s News Corp., acknowledged that it authorized its reporters to hack into computers.

On Thursday, Sky News released a statement in which the organization confirmed that their reporters broke into the emails of Anne and John Darwin in order to expose the insurance fraud surrounding the couple’s faked death. Sky News claims that they intercepted the emails but later handed them over to police.

“On two occasions, we have authorized a journalist to access the email of individuals suspected of criminal activity. In the 2008 case of Ann Darwin, Sky News met with Cleveland Police and provided them with emails offering new information relevant to Mrs. Darwin’s defense. Material provided by Sky News was used in the successful prosecution and the police made clear after the trial that this information was pivotal to the case,” reads a statement by Sky News Chief John Ryley. “On another occasion, our reporter penetrated airside security at Heathrow in 2003 to highlight failings in the system. These investigations serve the public interest and are a legitimate part of responsible journalism.”

“We stand by these actions as editorially justified and in the public interest,” continues Ryley’s statement. “We do not take such decisions lightly or frequently. They require finely balanced judgment based on individual circumstances and must always be subjected to the proper editorial controls.”

Sky News and Murdoch’s media empire have been fending off criticism over a series of hacking scandals – originally reported in the U.K. Guardian, for nearly a year. The News of the World tabloid, now out of publication, was implicated in several instances of publishing information garnered via hacked emails in 2011.

While Sky News insists that they have done nothing wrong, the scandal may inhibit Murdoch’s attempt to take control over the satellite broadcaster BSkyB. James Murdoch, Rupert Murdoch’s son and former Chairman of BSkyB, formally resigned from his post on Tuesday in the wake of the hacking scandals.