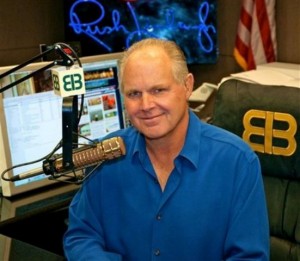 Fox News chief Roger Ailes is being profiled a lot lately, and now Rolling Stone magazine took a crack with their article “How Roger Ailes Built the Fox News Fear Factory.” Yet Rush Limbaugh has seen enough and took on the “arrogance and smugness” of the writer, and defended the intelligence of Fox News viewers in the process.

Rush read the following paragraph from the article as he attempted to dismantle every claim within it:

Rush suggested every opinion the writer was attempting to mock Fox News viewers for having (with the exception of Obama’s citizenship) was actually the accurate position on each issue. In other words, in Rush’s opinion, Fox News viewers are “much more connected to reality” than anyone at Rolling Stone. Rush concluded:

“Who in truth is worthless to news. Rolling Stone. This reporter. . . . Who in truth has been programmed to believe things that are in no way associated with the truth? This guy who wrote this hit piece at Rolling Stone and obviously their readers who lap this crap up.”