Rush Limbaugh: ‘What Happened To Me Has No Resemblance To Obamacare’

Rush Limbaugh: ‘What Happened To Me Has No Resemblance To Obamacare’ 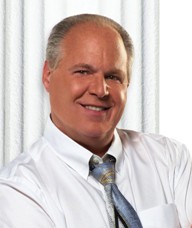 Rush Limbaugh returned to the radio today, and he was back to form.

After first noting how many Democrats quit on the day he returned, he moved to his hospital visit – and how it was completely unlike Obamacare, despite what others have said.

Here’s how he started his show today: “Boy am I glad to be back! And folks have you noticed what happened my first day back? How many Democrats have now quit? How many democrats? Five or six! Five or six have said ‘no mas, no mas.’ And there will be more!”

He then went into detail about the circumstances that landed him in a Hawaii hospital, before turning his attention to the reaction to his “innocent little press conference.”

All of a sudden I have made a personal attack against Obam and the American health care system. It’s been funny here to watch and listen to the state-controlled media go through its contortions to first say I took a swipe, and then say I got tricked into supporting Obamacare because I praised the health care system in Hawaii.

He wanted listeners to know – he was most certainly not back-handedly endorsing Obamacare at all:

He also dropped this interesting line, without revealing exactly how much he paid: “it was 35% less than it would have been had I had insurance.”

Yep, Rush is back. Here’s some audio from his first day: