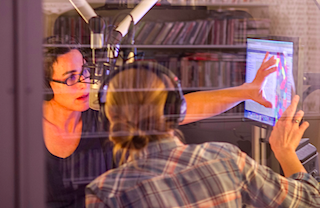 Serial is officially coming back for not one, but two new seasons starting this fall. In an email to subscribers, the popular podcast’s host Sarah Koenig wrote that her team is “hard at work reporting not one, but two distinct new stories.”

“This means we’re planning on a third season of Serial,” Koenig explained. “And we hope it means we can reduce the amount of time between the end of Season Two and the beginning of Season Three. As it stands, we intend to launch Season Two this fall and Season Three next spring. Sorry – we can’t tell you details about the new stories yet. What we can say is that they’re very different from Season One, but no less interesting to us.”

Koenig also filled listeners in on the latest details to unfold in the legal case of Adnan Syed, whose story captivated the nation last fall. Last month, Syed’s lawyers started their own Serial-inspired podcast with the direct aim of exonerating their client.

“In an unusual move last week, the Maryland Court of Special Appeals remanded part of Adnan’s case back to circuit court,” Koenig wrote, noting that Syed’s legal team will now be allowed to present a new statement from alibi witness Asia McClain, which was never heard in the original trial 15 years ago.

“The appeals court’s order does not mean Adnan will get a new trial,” Koenig continued. “Nor does it mean that the circuit has to agree to hear Asia’s testimony. But with this order, the appeals court has certainly cracked open a door. And anytime a court opens a door to new testimony – new fact-finding – that’s a big deal for the appellee. In other words, good news for Adnan.”

Finally, Koenig announced dates for a live Serial tour in which she and colleague Julie Snyder will talk about the process of making the show. The dates, which begin next Saturday in Virigina, are listed below:

Unfortunately at this point it’s fair to assume that neither of the two new seasons are going to be about Brian Williams.