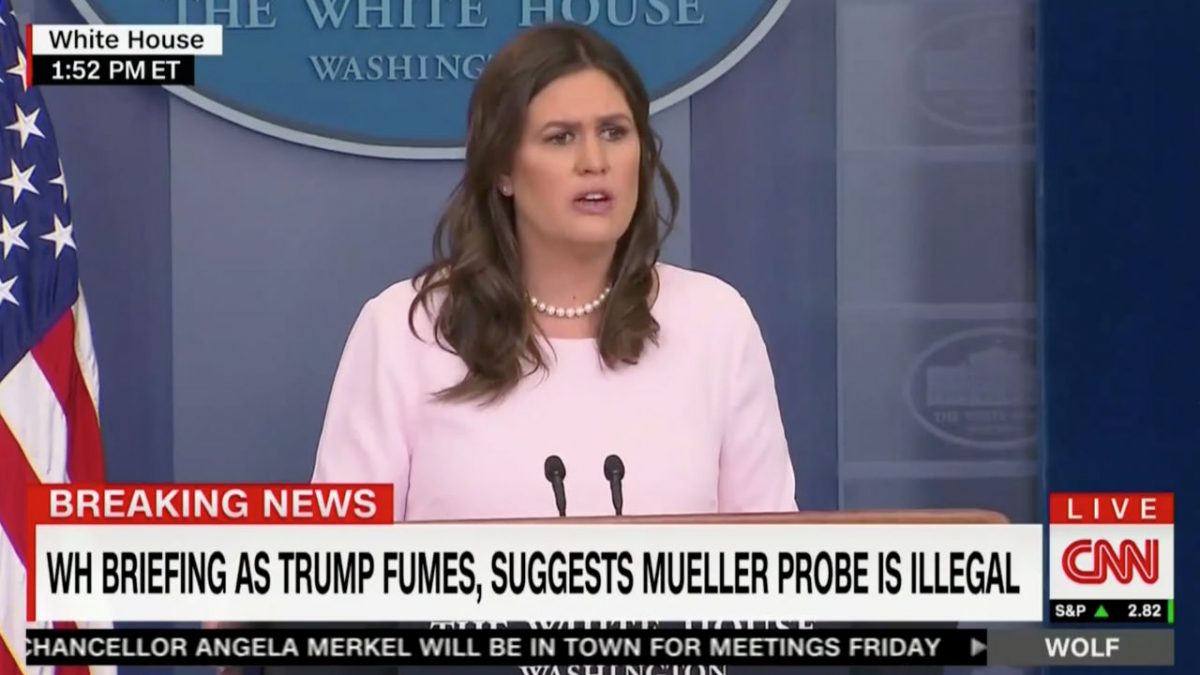 “Today, Chairman Nadler opened up a disgraceful and abusive investigation into tired, false allegations already investigated by the Special Counsel and committees in both Chambers of Congress” Sanders’ statement read.

Then, after calling it a fishing expedition, Sanders added: “Democrats are harassing the President to distract from their radical agenda of making America a socialist country, killing babies after they’re born, and pushing a ‘green new deal’ that would destroy jobs and bankrupt America.”

“This is a dramatic overreach by House Democrats, who cannot control their zeal to overturn President Trump’s lawful and legitimate election by any means and process necessary,” the statement read.

The campaign’s statement continued on: “They will stop at nothing, including destroying the lives and reputations of many innocent Americans who only have sought to serve their country honorably, but who hold different political views than their own. This is abuse of power in the extreme and a reckless use of the solemn authority granted to Congress by the people of this nation. These desperate Democrats know they cannot beat President in 2020, so instead they have embarked on a disgraceful witch hunt with one singular aim: topple the will of the American people and seize the power that they have zero chance at winning legitimately.”