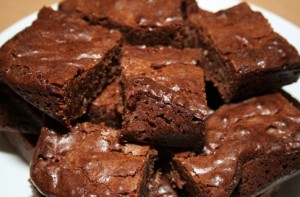 An elementary school in Collingswood, New Jersey called the police after a nine-year-old children made a “racist” comment about brownies during an end-of-the-year party.

On June 16, a third-grader made a comment about the brownies that had been given to the class as a snack. That comment prompted another third-grader to claim that the first comment was racist. The staff at William P. Tatem Elementary School determined that this rose to the level of a police matter and called the local fuzz.

Stacy dos Santos, the mother of the first boy, claims that his comment was only about the brownies and was not racial in nature. “He said they were talking about brownies… Who exactly did he offend?” she asked The Philadelphia Inquirer.

Dos Santos said that her son– who is Brazilian on his father’s side– was “traumatized” by the police officer’s line of questioning. “He was intimidated, obviously. There was a police officer with a gun in the holster talking to my son, saying, ‘Tell me what you said.’ He didn’t have anybody on his side.”

The incident is apparently only one of many incidents in the past month in which police were called to schools in the Collingswood district over minor issues, sparking outrage from parents. The change of policy evidently stems from a May meeting between police, prosecutors, and district officials, in which the officials were urged to report any incidents, even those “as minor as a simple name-calling incident that the school would typically handle internally.”