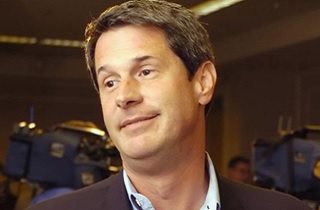 Who knew that the U.S. Senate could still agree on things? An amendment to the current version of the farm bill caught my eye earlier today, when someone tweeted a link to a Huffington Post entry entitled “Senator Vitter Offers — and Senate Democrats Accept — Stunning Amendment With Racially Tinged Impacts,” by Center on Budget and Policy Priorities President Bob Greenstein. The amendment is one of those tough-sounding ideas that seem hard to argue with; the stated purpose of the amendment is to “end food stamp eligibility for convicted violent rapists, pedophiles, and murderers.” Who’s going to vote against that?

As it turns out, no one, or at least, not so far. The Senate agreed to the amendment by unanimous consent Thursday. So, who cares about a bunch of convicted rapists and murderers? Here’s why Bob Greenstein says it’s a bad idea, and will have racially disproportionate impact:

The amendment would bar from SNAP (food stamps), for life, anyone who was ever convicted of one of a specified list of violent crimes at any time — even if they committed the crime decades ago in their youth and have served their sentence, paid their debt to society, and been a good citizen ever since.  In addition, the amendment would mean lower SNAP benefits for their children and other family members.

So, a young man who was convicted of a single crime at age 19 who then reforms and is now elderly, poor, and raising grandchildren would be thrown off SNAP, and his grandchildren’s benefits would be cut.

Given incarceration patterns in the United States, the amendment would have a skewed racial impact.  Poor elderly African Americans convicted of a single crime decades ago by segregated Southern juries would be among those hit.

It’s entirely possible, even likely, that no one but Sen. Vitter and Sen. Debbie Stabenow (D-MI), who introduced the amendment on Vitter’s behalf, even read it, but it’s also likely that no one will bother to go back and take it out. Greenstein’s argument is decent for your compassionate types, but the actual amendment really ought to repel the racist and the cold-hearted, as well (emphasis mine):

“(1) IN GENERAL.–An individual shall not be eligible for benefits under this Act if the individual is convicted of–

“(E) an offense under State law determined by the Attorney General to be substantially similar to an offense described in subparagraph (A), (B), or (C).

“(2) EFFECTS ON ASSISTANCE AND BENEFITS FOR OTHERS.--The amount of benefits otherwise required to be provided to an eligible household under this Act shall be determined by considering the individual to whom paragraph (1) applies not to be a member of such household, except that the income and resources of the individual shall be considered to be income and resources of the household.

“(3) ENFORCEMENT.–Each State shall require each individual applying for benefits under this Act, during the application process, to state, in writing, whether the individual, or any member of the household of the individual, has been convicted of a crime described in paragraph (1).”.

Think about what this amendment actually does, the perverse incentives it creates. Whether or not you philosophically believe a person who’s paid his debt to society ought to be eligible for food assistance, all that highlighted clause means is that you’ve still got to pay to feed the murderer’s wife and kids, only now, the murderer will be taking food out of their mouths. Plus, now you’ve got a hungry, cranky murderer. Not only that, if the guy manages to get a job, you’re reducing his family’s benefits accordingly, which means you’re creating an incentive for the guy not to work.

This amendment might appeal to people who just don’t think we ought to help feed people at all, but anyone who thinks this is somehow tough on criminals is being an idiot. All you’re doing is making kids suffer, and annoying their convicted murderer parents.