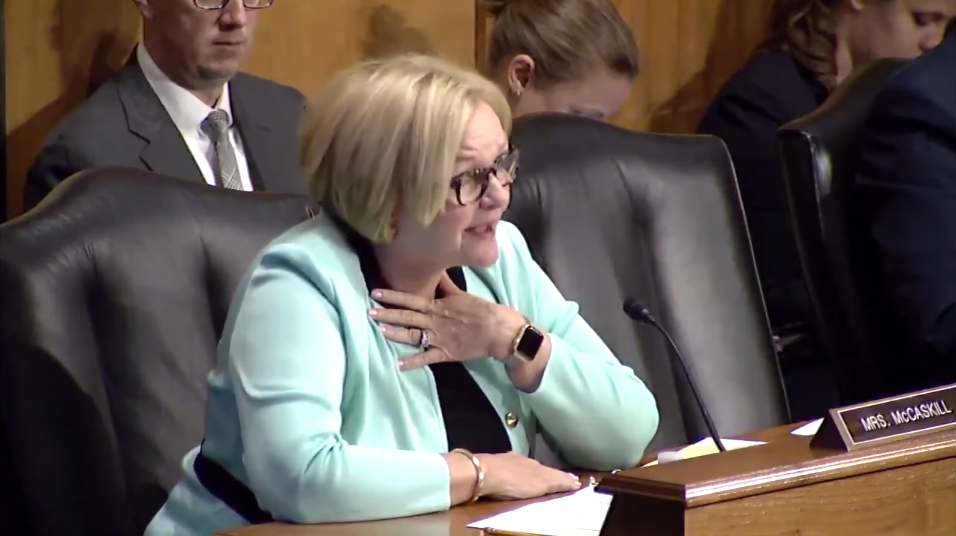 Will a special prosecutor be assigned to look into whether Senator Claire McCaskill colluded with the Russians?

Back in early March of this year, the Missouri Senator tweeted, “I’ve been on the Armed Services Com for 10 years.No call or meeting w/Russian ambassador. Ever. Ambassadors call members of Foreign Rel Com.”

I’ve been on the Armed Services Com for 10 years.No call or meeting w/Russian ambassador. Ever. Ambassadors call members of Foreign Rel Com.

The tweet was designed to attack fellow Senator Jeff Sessions over comments he made during his confirmation hearing regarding communications with Russia, following a report that he had met with the Russian ambassador twice during the election campaign.

It wasn’t difficult to discover that the Senator was not being completely truthful and maybe should have pointed a finger in the mirror before questioning Sessions relationship with the Russians. Perhaps McCaskill did not remember that, in January 2013, she had also tweeted, “Off to meeting w/Russian Ambassador. Upset about the arbitrary/cruel decision to end all US adoptions,even those in process.”

Off to meeting w/Russian Ambassador. Upset about the arbitrary/cruel decision to end all US adoptions,even those in process.

But now, as CNN reports, McCaskill also attended a “black-tie reception” at the Russian ambassador’s home in Washington, D.C., in 2015. The event was apparently honoring former Congressman James Symington, a fellow Missouri Democrat.

And, as the Washington Free Beacon reports, her attendance at the dinner was accompanied by an $873 payment from an undisclosed foundation to the American-Russian Cultural Cooperation Foundation, where the ambassador serves as honorary chairman on the board of directors.

Seemingly caught giving contradictory accounts, McCaskill decided to deploy the popular, “I was taken out of context” defense.

In an interview, McCaskill acknowledged attending the dinner, but she said she only did so because of her long-standing relationship with Symington, whom she said “kind of got me started in politics.” She claimed the 140-character limit on Twitter did not let her clarify that she never met ‘one-on-one’ with the Russian ambassador, and added she ‘did not’ speak with Kislyak at the reception…

“I should’ve been careful about the 140 characters and given it context,” McCaskill said. “But it’s not the first or the last time my tweets will get me in trouble.”

On Monday, the National Republican Senatorial Committee spokesman Michael McAdams said, “Claire’s relationship with the Russian Ambassador highlights her problem with telling the truth. If Claire McCaskill can’t be trusted to tell the truth about who she’s meeting with, how can she be trusted to represent Missourians best interests?”