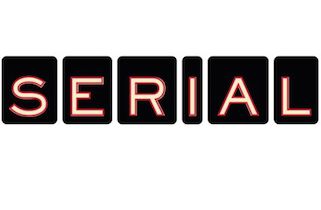 Another week, another new revelation in the Adnan Syed murder case chronicled by Serial podcast last fall. This time, a potentially key alibi witness, Asia McClain, has written a new affidavit, obtained by TheBlaze, which claims she never recanted her original statements on the case, as was reported by Serial and backed up by prosecutor Kevin Urick.

In the weeks following Syed’s 1999 arrest for the alleged murder of his high school girlfriend Hae Min Lee, his classmate McClain sent two letters to him revealing that she had seen him in the town library during the time he supposedly committed the crime. But the alibi was never presented at trial and the prosecutor later testified that McClain had recanted her story and said she only wrote the letters under pressure from Syed’s family.

“I never told Urick that I recanted my story or affidavit about January 13, 1999,” McClain writes in her new affidavit. “In addition, I did not write the March 1999 letters or the affidavit because of pressure from Syed’s family. I did not write them to please Syed’s family or to get them off my back. What actually happened is that I wrote the affidavit because I wanted to provide the truth about what I remembered.”

In an interview with TheBlaze, McClain said, “I was under the impression that there was a tremendous amount of evidence that convicted Adnan and that for whatever reason, his team was reaching out to me as a Hail Mary, so to speak. I really didn’t realize how, I guess you could say how weak the state’s case was, the information, the evidence that they had and the testimony that they had.”

“Absolutely false,” Urick told TheBlaze when confronted with the new version of McClain’s story. “I was not the one that brought up anything about evidence. She asked me, was it a strong case? I said yes. That was about the extent of my response.”

Currently, the Maryland Court of Special Appeals is still considering Syed’s latest appeal, which hinges on the competence of his original lawyer in the murder case.

Mediaite has reached out to the Serial producers for their reaction to the latest developments in the case and will update this post accordingly.

UPDATE — 5:03 p.m. ET: In an email to Mediaite, Serial producer Julie Snyder described the latest affidavit from Asia McClain as an affirmation of her original statements as opposed to any sort of “reversal” from what she had previously said on the record. She added:

The fact that Asia stands by her original account of Jan 13, 1999, isn’t new — Sarah reported it on Episode 12 of the podcast. This past December Asia had expressed her concerns to us about how Kevin Urick characterized their phone conversation when he testified in court in 2010, but she asked that Serial not report those concerns at that time. We honored Asia’s request on that. (She also told us today that it’s fine to tell people that fact.) As far as I can tell, everything in The Blaze story looks accurate.

Read the full affidavit, signed by McClain on January 13, 2015, below: