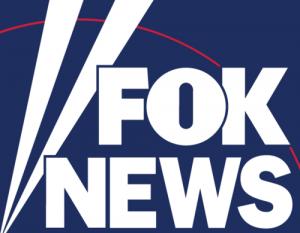 Whether you approached news of Keith Olbermann‘s sudden departure from MSNBC with deep disappointment, unbridled glee, or total apathy, the fact remains that many — ourselves included — are keeping a very close eye on what is next move will be. (Sorry, Greta.)

Given that Olbermann is contractually prohibited from hosting a television show for some length of time, taking to the internet would seem a good, natural fit as his next platform. In fact, he’s already unleashed a second Twitter account onto an unsuspecting world, which he’s dubbed “FOKNewsChannel.” Which prompts us to wonder: If Olbermann does indeed continue to take his liberal views online, should Daily Kos be worried?

Daily Kos, for those who don’t know, is a blog founded by Markos Moulitsas that serves as a platform for liberal thought and causes. It invites commentary from a number of Democratic contributors, and focuses much of its attention on presidential, congressional and gubernatorial races.

Olbermann has already proven that he has a special knack for recognizing, and providing a platform for, emerging talent – like former Countdown contributors Rachel Maddow and Lawrence O’Donnell. Given that blogs provide an ideal means for individuals for hash out and refine their thoughts and opinions, with instant feedback from a particular community, claiming a spot on the web would allow Olbermann to continue introducing his fans (and critics) to up-and-coming liberal voices.

Additionally, it’s clear that Olbermann — despite what you may feel about his opinions — has quite a way with words (“This is the Law and Order and Terror government. It promised protection – or at least amelioration – against all threats: conventional, radiological, or biological. It has just proved that it cannot save its citizens from a biological weapon called standing water,” for example. Or how about: “I guess the painkillers wipe out your memory along with your ethics.”), so taking on a medium which would allow him to write and rant and rave in a way that’s intrinsically quotable seems natural.

Plus, Olbermann has a large — and loyal — fanbase. His viewers and over 200,000 Twitter followers would certainly follow him wherever he goes. Add the opportunity to interact with Olbermann via comment threads and tips and, well, let’s just say that Olbermann has already built one of the most elements of a successful blog: a community.

So why do we feel Olbermann would prove to be competition for something like the Daily Kos and not, say, the Huffington Post? Despite having its roots in promoting liberal opinions, HuffPo does something entirely different and more accessible than does Daily Kos; it provides a different service entirely, which is to entertain more than serve as a call to action or an impetus for creating change and debate. Plus, we’re fairly certain that, if he did eventually adapt his FOKing new idea into blog form, Olbermann would somehow manage to avoid the siren call of slideshows and Digg-fodder like lists of, say, “The 100 Most Worrisome Celebrity Moles.”

Of course, the argument could me made that an “Olberblog” would work to help lefty sites like ThinkProgress , Firedoglake and Daily Kos by providing them with link traffic and content fodder, but, even so, it would make the (left side of the) field that much more crowded.

A blog helmed by Olbermann would also provide an alternative to sites overseen by conservative pundits, like Tucker Carlson‘s “The Daily Caller” and Glenn Beck‘s “The Blaze”. And we can only hope, for the sake of our coverage, that there would be lots and lots of back-and-forth among these sites.

Our own Tommy Christopher, our resident expert on all things Olbermann, weighed in with an astute prediction: “He was the T-Rex of libs on TV. Online, he’ll be a velociraptor among velociraptors.” The meme potential in those couple of sentences alone is reason enough for Olbermann to launch a blog.

So while the Daily Kos might prefer that Olbermann stick to engaging in heated Twitter arguments, we”ll admit we’re holding out hope that he takes his special brand of confrontational, no-holds-barred analysis to the web in the form of blog. Maybe call it “The Olberlord”? Has a nice ring to it, we think.