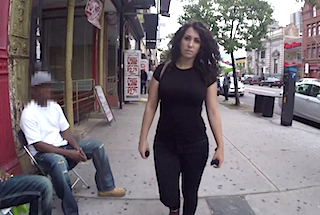 On Tuesday, Hollaback!, an organization dedicated to fighting back against street harassment of women, posted a video to YouTube in which one woman walks the streets of New York City and is verbally catcalled more than 100 times by random men. One day later, it has been viewed more than 6.5 million times.

One of the many people upon whom the video has evidently had an impact is Saturday Night Live Weekend Update anchor Micheal Che, who posted the following “apology” to his Instagram feed: 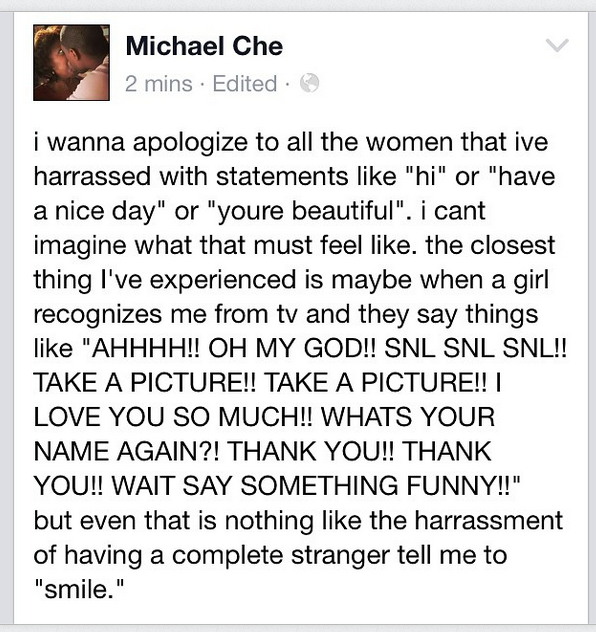 And if Che had really wanted to know how it made women feel to get told disgusting things as they simply went about their day, he probably should have watched this bit on catcalling from his former Daily Show colleague Jessica Williams that aired nearly a month ago:

After Che’s followers on Twitter and Instagram started firing back at the comedian’s apparent sarcasm over the issue, he followed up his original comments with even more sarcasm, and yet another faux-apology: 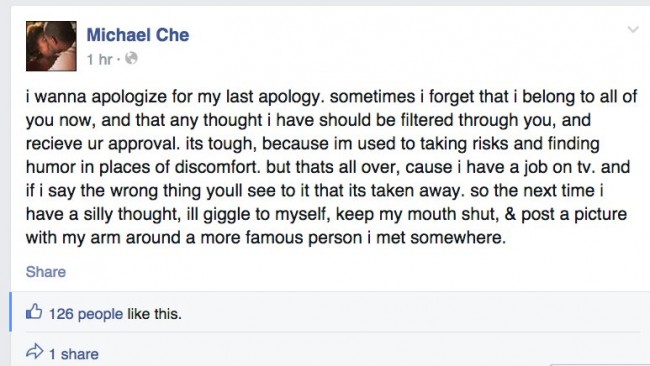 Che is evidently still getting used to the fact that as the face of Saturday Night Live’s news team, he is no longer simply a comedian who can take the “risks” he has been accustomed to without facing the inevitable backlash.

[Note: Che has deleted his original Facebook/Instagram posts so we have replaced them with screenshots above.]