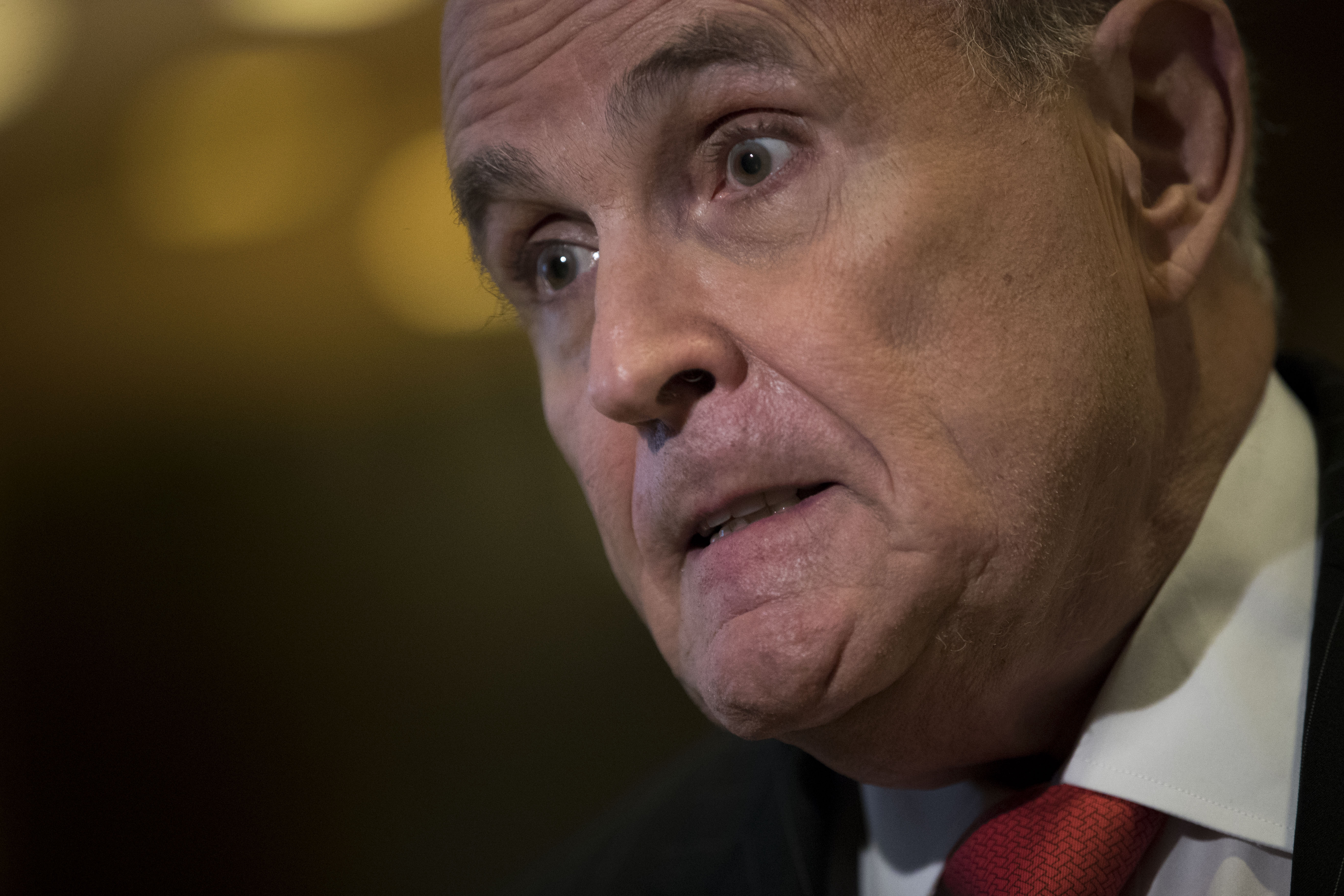 A bit of helpful advice for Twitter neophytes: Always, always make sure to leave a space after a period.

That’s a lesson Rudy Giuliani did not heed in a Tweet in a Friday tweet, and now, he’s paying the price.

The tweet, on the surface, seemed to be indistinguishable from many others from the Giuliani account — just some more mudslinging on the Robert Mueller probe.

Mueller filed an indictment just as the President left for https://t.co/8ZNrQ6X29a July he indicted the Russians who will never come here just before he left for Helsinki.Either could have been done earlier or later. Out of control!Supervision please?

But you’ll note, due to Giuliani forgetting to leave the space after the period, that the hyperlink G-20.In was created. (.in is a valid domain — it is the top web domain for India.) And what happened as a result of Giuliani’s blunder? Some jokester went out and bought G-20.In — and left a brutal message for the former New York mayor’s client, President Donald Trump:

Donald J. Trump is a traitor to our country.

The troll job eventually was picked up on by many on social media — who had themselves a grand ol’ time:

In case you’ve not seen it yet: Click the accidental link Guiliani created for magic to happen…https://t.co/ERjPRXqnQP

Note to public figures: be careful with accidental hyperlinks. https://t.co/TCjcPM9H7w