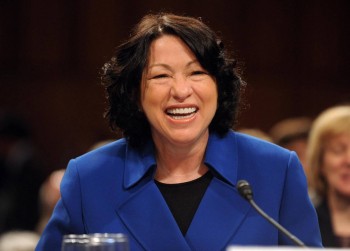 Lights! Camera! SCOTUS! All eyes this week are turned toward the confirmation hearing of Justice Sonia Sotomayor, President Barack Obama’s first nominee to the Supreme Court and the person who has added “Wise Latina” to our lexicon. Legal eagles from around the land have flocked to the nation’s capital to breathlessly cover these hearings, or at least stream them live on C-SPAN so that various Senators can put on their best camera-ready outfits (smashing blazer, Kristen Gillibrand!) and invoke those twin American traditions – case law and baseball  – in sonorous, stentorian voices and, in the case of Chuck Schumer, voices that sound like my former rabbi.

For those covering the event, this is a big deal — a new voice not only shakes up the court, but has the potential to carve new fault lines along 5-4 majorities and make Antonin Scalia that much less of a scary, scary man. Never mind that, anything can happen at these hearings: Family members can tear up! Pubic hair can appear on cans of coke! Jeff Sessions can get his chance in the spotlight! Confirmation hearings provide some great moments in covering the Supreme Court — so Mediaite thought we’d ask some of our favorite legal eagles to share their thoughts on the process. (We specifically chose the empathetic ones.) The New Yorker/CNN’s Jeffrey Toobin, Slate/NYT’s Dahlia Lithwick, CBS’s Andrew Cohen and SCOTUSblog’s Tom Goldstein graciously responded to my questions, perhaps grateful that they were nicer than what the GOP probably has planned for today. Here, for your SCOTUS-tracking pleasure, are their responses (edited for clarity to make them sound smarter, because clearly they need my help).

How many of these confirmation hearings have you attended?

Toobin:  I covered Roberts and Alito in 2005.  Remember there was an eleven year gap between those nominations and Breyer in 1994. During the last dramatic confirmation hearing — Clarence Thomas in 1991 — I was an Assistant U.S. Attorney in Brooklyn.

Cohen: This is my third confirmation. I covered Alito and Roberts as well.

Goldstein: I’ve been to all of Ginsburg and Breyer (as Nina Totenberg’s intern) and Roberts, and some of Alito.  We’ve live-blogged Roberts and Alito, if I remember right.

Lithwick:  I covered Roberts and Alito and am at this one. No vacancies before that since I was at law school, I think

Is this a huge mecca for legal media? Going to any fancy lawyer parties? (oxymoron alert!) 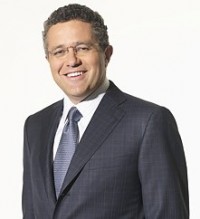 Cohen: I have no idea about any parties. I don’t “party” when I cover something like this because I have to work 18 hour days. I have brought my 10-year-old son with me, and he’s excited to be a part of history, and when I’m off we’ll be enjoying DC. I suspect you will be hearing that same answer from most serious journalists who are covering this. It ain’t the Hamptons.

Goldstein: All of the legal media is certainly here — e.g., all of the S. Ct. press corps is here, though some have left.  The legal media doesn’t have much in the way of press jockeying.  Sometimes law firms or law schools will offer up their people, but that’s about it. For this, it’s the political people and interest groups who are jockeying, and they are doing it a ton.  The rest of the media is here, and they make up the great majority of people.  By week’s end, the non-Hispanic media will be pretty much gone.

Toobin: I don’t think it’s a huge mecca for legal media.  A lot of people “cover” a confirmation hearing by watching it on TV.  I am unaware of a single party.  Perhaps I’m not invited.

Lithwick: If there are lots of parties I don’t know about ’em. Yes every legal journo around is here. I am going to a book party tonight. But if its Court Nerd Sundance Festival I am not on the right lists.

Whose analysis (other than your own) are you looking forward to the most?

Lithwick: Tom Goldstein’s analysis at SCOTUSblog. Nina and Ari at NPR have been en fuego. Andrew Cohen at CBS. Charlie Savage and Adam Liptak at Times. Jan Greenburg at ABC. I am sure I am forgetting people. I am not looking forward to my own coverage at all. It will be like covering a long sad group therapy session . . .

Toobin: I am looking forward to following SCOTUSblog.com.  Tom Goldstein’s team does an extraordinary job — fair, comprehensive, and rigorous. 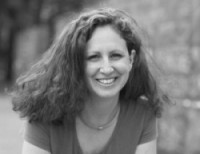 [Goldstein’s answers were not organized according to question, so the closest I have to an answer for this is, “I have a lot of faith in the S. Ct. press corps.  I am doing an hourly show each night with Nina Totenberg.” But I’m sure he loves his co-respondents as much as they love him.]

Do you think the presence of Sotomayor’s mother in the courtroom will have a chilling (or chastising) effect on zealous GOP questioners, a la the teary Mrs. Alito a few years back?

Lithwick: Having her mom here will chill them some but the Tom Tancredo stupidity [calling the National Council of La Raza “the Latino KKK“] will chill them more. Cornyn can’t afford to lose Hispanic voters

Toobin: I think the overall politics of the situation — fear of further offending Hispanic voters — is the bigger check on obnoxious questioning.

Goldstein: I don’t think that the family’s presence will inhibit attacks.  Everyone is playing a role here, and for some that role is to be really nasty.

How much will the current members of the court participate? Do they have any media presence at all?

Cohen: The current members of the Court do not participate at all in this process. It has nothing to do with them. Justice Ginsburg DID do an interview recently which appeared in the Times.

Lithwick: No. The fact that Ginsburg is even talking to papers is amazing.

Toobin: In the confirmation hearing, zero, although I was interested to read Ruth Ginsburg’s interview with Emily Bazelon in the Times.  RBG seems to be stepping up her media presence.

Toobs! As the guy who wrote the definitive SCOTUS book, how do you think she’ll fit into the club?

Toobin: Fine.  Ever since  Rehnquist took over as chief, the justices have made a special effort to get along with each other.  It’s a collegial court.  They fight on paper, but not in real life.

Do you look at the all-day coverage, the frenzy of suddenly caring about this, and think: Where WERE all you people during the election? The SCOTUS pick got virtually no attention during the race, it was really quite amazing to me.

Cohen: I don’t really perceive a frenzy. A CBS poll we just did revealed that nearly two-thirds of Americans don’t have an opinion about Judge Sotomayor.

Toobin: I don’t think it’s a “frenzy.” I think most people regard the result as a foregone conclusion.

Lithwick: My whole life in election years is trying to persuade people that the court matters. They are not persuaded. Then these hearings happen in bad cartoonish ways and i think “maybe its better we didn’t talk about the court during elections.”

Is there a burden on Sotomayor here to be all things to women?

Lithwick: I think there is a burden on her to be  both soft and accessible (i.e. not a bully) and also mechanical and Vulcan (i.e. not “empathetic”)  — that’s a tough line. I think she may have to walk it by being, in effect, less than she is; by just being very neutral and boring.  Women find her relatable in ways they didn’t find O’Connor and Ginsburg. Sotomayor is more human. That’s both a benefit and liability.

So far, the focus has been on her fireman case, and the “Wise Latina” comment. Have you been surprised there’s been so little chatter about Roe?

Lithwick: Protesters in front of senate handing out dismembered baby cards and saying “No on Sotomayor.”  See also Randall Terry.  There is a lot out there about Roe, especially for a nominee that has no significant abortion cases.

Cohen: Nothing surprises me about the pre-confirmation hype any more. Typically, what is important gets overlooked and what isn’t is the focus.

How much of this is optics – the carefully-planned briefing book, the sparkling all-American bio, in effect the PR campaign. Would you call this a substantive process?

Cohen: This is not as substantive as it ought to be but it’s better than what usually passes for hearings on Capitol Hill.

Can this really change everything?

Lithwick:  It can change the way we think about the courts and the way we talk about them. Maybe energize Obama team for next pick?

Cohen: Oh, I don’t think it changes much although I happen to think that the Court SHOULD look a little more like America, whether it’s populated by more conservative or more liberal voices.

What would you say to someone who thinks covering the Supreme Court is boring?

Cohen: Supreme Court coverage often is boring. Occasionally it isn’t. This process today would be far less boring if the politicians spoke less and the nominee spoke more and more candidly.

Lithwick: I would say Suprem Court coverage is awesome. But confirmation hearings are to the Supreme Court what pop tarts are to fine dining…

Toobin: My life is devoted to disproving the proposition that the Supreme Court is boring.

“Obiter Dicta” is a law joke. Please indulge me, I so rarely get to make them anymore.