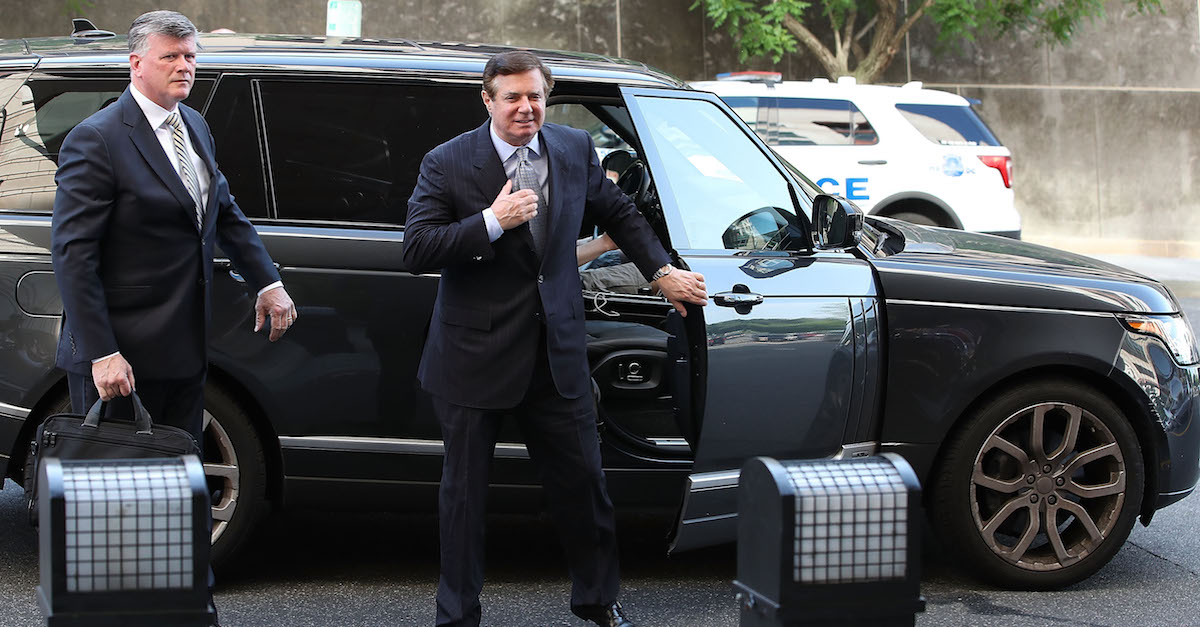 Former Donald Trump campaign manager Paul Manfort is in jail, awaiting trial on a series of charges, including conspiracy against the United States, as part of Special Counsel Robert Mueller’s Russia investigation.

Ahead of that trial, the Special Counsel’s office notified the court today that they are seeking immunity for five persons, unnamed, and who NBC investigative reporter Tom Winter says have not previously been named in connection with the case.

NEW: The Special Counsel's Office notifies the court that they will seek immunity for up to 5 people to testify under conditions of immunity in the upcoming trial against Paul Manafort in Virginia.

They say these people have not been publicly named before in the case.

From the filing: “The motions indicate that the named individuals will not testify or provide other information on the basis of their privilege against self-incrimination, and that the government is requesting that the Court compel them to testify at the upcoming trial.”

This comes just hours after President Trump, in his post-Russian Summit interview with Fox News’ Sean Hannity Monday night, once again minimized the case against Manafort, calling it “a sad thing.”

The immunity request specifies that the “named individuals will not testify or provide other information” without it, because of the protections against “self-incrimination.”

Still, warns Winter, don’t get ahead of the story.

Before people jump to conclusions it is important to note that this potential testimony could be tied to prior "bad acts" SCO has indicated may be presented.

We also don't know who and what they may testify to. This happens in trial.