Stephen Fry Deactivates Twitter After Being Attacked for ‘Sexist’ Joke

Stephen Fry Deactivates Twitter After Being Attacked for ‘Sexist’ Joke 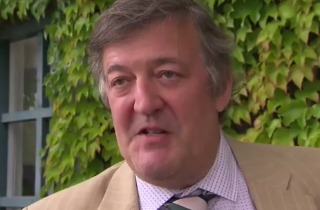 British comedian and actor Stephen Fry was hounded off Twitter Sunday after he made a joke during the BAFTA award ceremony that critics considered sexist.

After costume designer Jenny Beavan accepted an award for her work in Mad Max:Fury Road, Fry took to the stage and joked about her outfit choice. “Only one of the great cinematic costume designers would come to an award ceremony dressed as a bag lady,” he said to laughter (“bag lady” is British slang for a homeless woman).

Fry was immediately accused of sexism by concerned online denizens.

Uncool of Stephen Fry to say bafta winning costume designer dressed like a ‘bag lady’. I was thinking it was cool she wore what she wanted.

Stephen Fry’s “dressed as a bag lady” joke about the winner of costume design was horrid. True colours, there. #BAFTA

Stephen Fry, a woman can come to the Baftas dressed as she wants. #baglady

At first Fry fought back, tweeting that he and Beavan were friends and tweeting out a picture of them together. 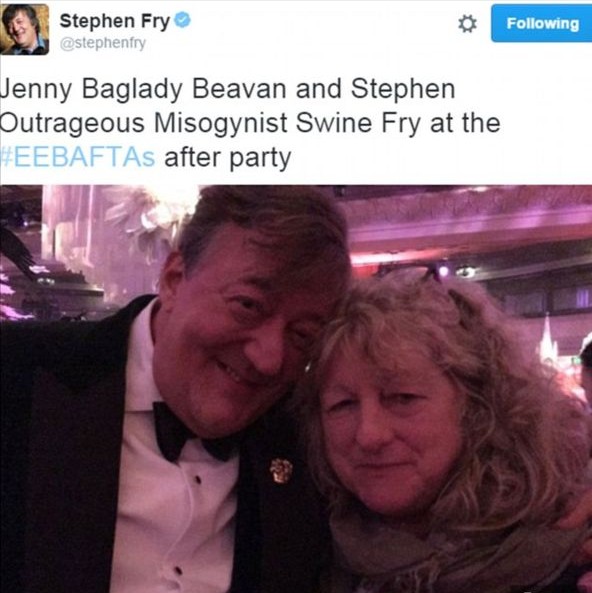 “Will all you sanctimonious fuckers fuck the fuck off,” he said at one point. “Jenny Beavan is a friend and joshing is legitimate. Christ, I want to leave the planet.” But in the end, Fry simply suspended his Twitter account.

Watch above, via Daily Mail.