Steve Bannon Gets Roasted For Delivering Speech to Just 38 People: There Are Three Times as Many People on a 'Subway Car'
#crowdsize

Steve Bannon Gets Roasted For Delivering Speech to Just 38 People: ‘Like a Bad SNL Skit’ 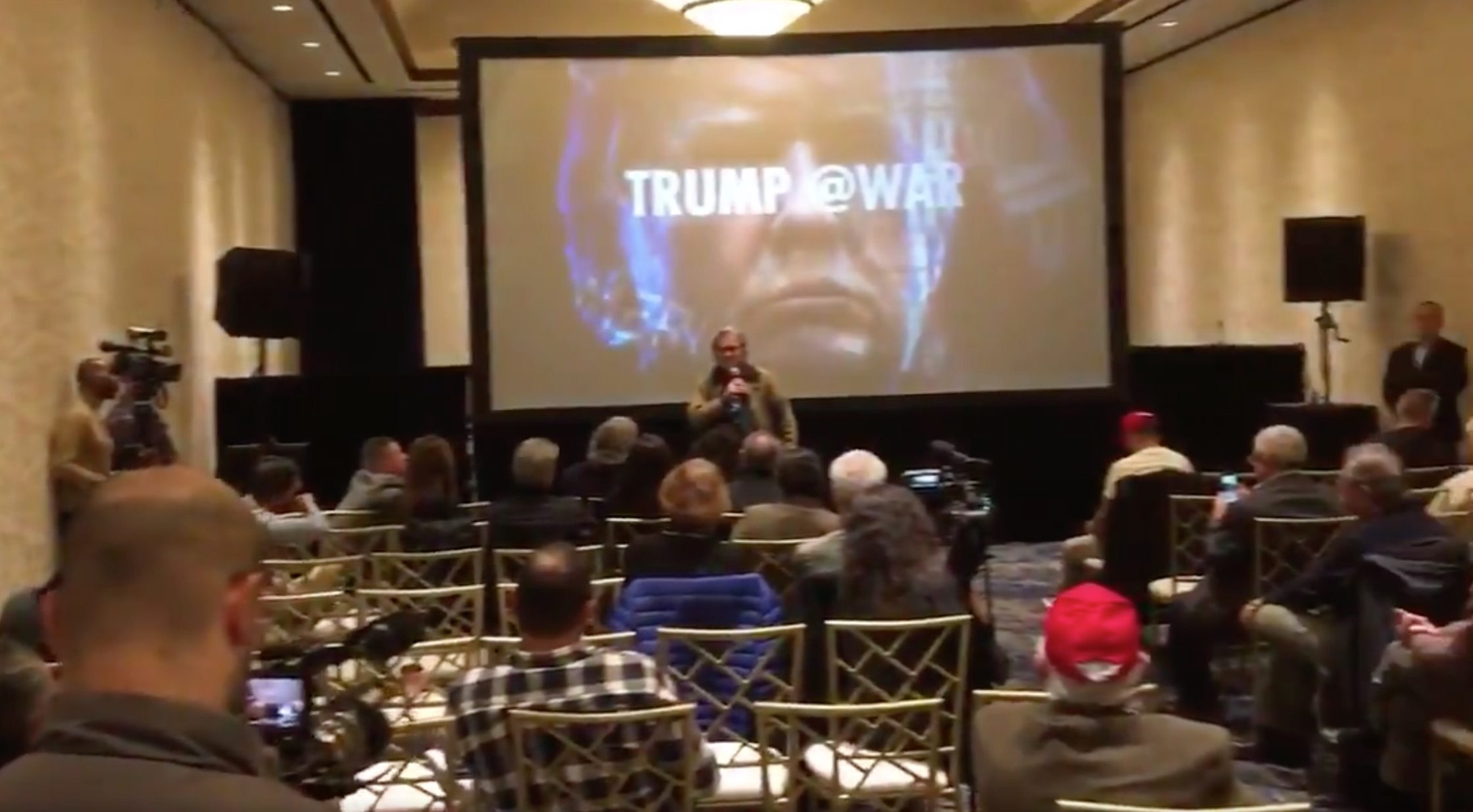 Fourteen months ago, Steve Bannon had a key job in the White House — chief strategist for President Donald Trump. Now? He’s giving speeches to just a handful of people.

Bannon, on Monday night, spoke on Staten Island in New York at a screening of his documentary Trump at War. According to the New York Daily News, just 38 people showed up.

The News reports that Bannon said he didn’t mind the sparse turnout.

“You want grassroots leaders,” Bannon said, according to the News. “You don’t need massive events.”

A massive event, this was not. And Twitter noticed. The former White House chief strategist was roasted roasted for the puny crowd size:

This looks like the recruitment meeting for a pyramid scheme to sell catheters https://t.co/xT9qteDJ9j

“Steve Bannon on Staten Island” sounds like the title of a scathing Esquire profile.

Not exactly a giant crowd https://t.co/EkVT2vBPTk

Later he’ll be holding an after party in a van down by the river. https://t.co/Y6dFR3hWrh

Hahahah…it’s like a bad SNL skit. A dozen people in a motel conference room. https://t.co/gTz6QdtbCb

This picture smells like Pall Malls and cirrhosis. https://t.co/2f8crEZskt

There are 3 times as many people in a single rush hour subway car. https://t.co/xEP41RnvbD