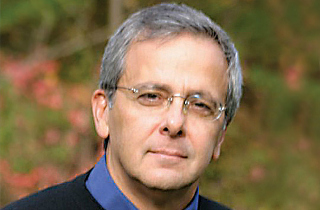 If you think Keith Olbermann is an example of a hard-left sports journalist-turned political commentator, you haven’t been reading Mike Lupica’s columns in the New York Daily News lately.

For those who don’t know Mike, he’s an award-winning sports columnist, best-selling author, ESPN Radio host, and a panelist for ESPN’s Sports Reporters, a Meet the Press meets Around the Horn program discussing the more weighty sports issues of the day.

Not a bad resume when you’ve conquered the big three of media: print, radio and television.

But with all of this multitasking, many say his best days on the sports page are now behind him. The slip is also largely due to the 60-year-old’s propensity to comment on events from the comfort of his top 1% home in Connecticut.

Since he was 23, the Boston College grad has been famous for dividing and conquering…whether it was the public feud he started with George Steinbrenner from the very beginning of his career, or aligning himself with Don Imus, whom he praises in some capacity on a weekly basis.

But despite the success, all of it still wasn’t scratching one big itch: The need to be relevant on the political scene.

So the Daily News decided to allow him to write political commentary starting back in 2008. And while the same angry, condescending tone and increasingly unfunny attempts at humor were bridged seamlessly from sports to politics, Lupica’s twisting of the truth to shape a decidedly-liberal narrative has become all too transparent.

This was first noticed earlier this year, when Lupica declared that America was a racist nation ready to reject Obama in the upcoming election. Not mentioned were the 365 electoral votes Obama received four years ago or the fact he received the most votes of any candidate in U.S. history.

Did the country suddenly become pre-Lincoln racist in the past four years?

And could a poor economy, rising debt, high unemployment or uprisings in the Middle East be playing a role in some folks decision to vote against the President instead?

Naah…it’s a massive, underground Archie Bunker/KKK movement that would make Obama a one-termer. With that kind of backward thought process, Chris Matthews and Lupica should consider going bowling together sometime.

Then there was this recent doozy from the king of hyperbole on “right wing zealot” Paul Ryan:

Again, a quick and easy Google search would reveal that Ryan’s father passed away when the VP candidate was just 16 years old, thereby forcing him to work various odd jobs (flipping burgers at McDonald’s or driving an Oscar Weiner mobile) to help support himself during his years as a young adult. Even Debbie Wasserman Schultz wouldn’t go where Lupica did here…

Anyway, regardless of your perspective on Ryan, you get the idea: facts can be pesky when trying to paint an entire political party with a broad brush the size of Wisconsin.

Speaking of the Badger State, we all know by now about the worst officiating call in NFL history that occurred in Seattle one week ago, how it cost the Packers a victory, and why the episode was the catalyst for resolving the referee lockout.

At issue were primarily salaries and pensions for the unionized referees. Regarding the latter, the NFL was asking the refs to agree to a pension freeze and a higher 401K match, which is a relatively fair request when considering only about 10 percent of U.S. workers currently own pensions.

Under the agreement struck last week, the current refs will keep their pensions, but starting five years from now, the pension plan will be frozen, and new hires will be offered 401Ks instead.

But sensing an opportunity to go after a “tea party clown” in the form of Wisconsin Governor Scott Walker (R) and Paul Ryan, Lupica, in this Sunday’s Daily News, attempts to paint them as hypocrites by their support of a rapid resolution in the referee lockout after their Packers got screwed (which exactly 99.9 percent of the country, regardless of political party, also supported).

Lupica’s logic: One minute Walker and Ryan are trying to “crush” unions, the next minute they’re supporting them by wanting the real referees back.

The argument falls flat for this reason: The NFL situation is entirely different from what union leaders are currently opposing in states like Wisconsin. The difference: The league is swimming in a huge surplus, with revenues topping $9 billion last year and expected to reach $14 billion by the middle of the decade.

The state of Wisconsin, conversely, was not enjoying a surplus or multibillion-dollar profits when Walker took office. Instead, it was facing bankruptcy and mass layoffs of state workers (such as teachers) because of rising pension and health costs that were taking out more money than they were taking in. Walker simply asked that union workers contribute more to keep their own pensions solvent and to get the state fiscal house in order.

The result? No mass layoffs, a solvent system saved from going belly up and most importantly, an equal system for all labor and non-labor workers alike.

Of course, in a blatant display of selective amnesia, Lupica fails to mention to Walker won not one, but two statewide elections (standard and recall) by comfortable margins.

But why trust the people of Wisconsin when you have a sports columnist pontificating from the comfort of a Connecticut mansion telling you how things should be without any regard to facts?

In his quest to transition from debating Mitch Albom on The Sports Reporters to battling Ann Coulter on Meet the Press, Lupica has soiled his legacy as one of America’s premiere sportswriters.