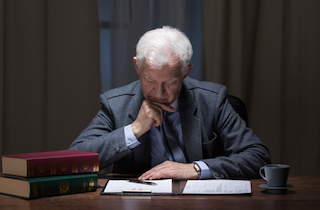 Calling it “the first careful look at the demographic makeup of law faculties compared to the larger pools of lawyers and the general public,” Northwestern University School of Law professor James Lindgren released a working study Wednesday accusing law schools of under-representing white Christians and Republicans in their faculty hires.

Lindgren argued that affirmative action and other programs had increased the amount of left-leaning views on law school faculty, effectively discriminating against those with conservative views, making “law faculties less representative of the political views of the general public.”

Lindgren worked from so-called “viewpoint diversity,” which emphasizes diversity within the ideological spectrum as well as race and gender, though the latter are historical modes of institutionalized discrimination.

“In proportional terms, the most underrepresented large group in law teaching is female Republicans, which are at only 5 percent of parity with the working population and 9 percent of parity with the lawyer population,” Lindgren wrote, via the National Law Journal. “On law faculties there are about 10 times as many Jewish women as Republican women, though in the full-time working population there are 24 times as many Republican women as Jewish women.”

“Because in the general public both white women and white men tend now to vote Republican, law faculties are probably less representative ideologically than they have been for several decades,” Lindgren wrote, “a disappointing result after four decades of hiring intended to make law professors more representative of American society.”

Lindgren did most of his research in the late 90s, but said he updated the statistics with the most recently available.