Study Questions How Much Obamacare Was Responsible for Cancelled Policies
NUMBERS

Study Questions How Much Obamacare Was Responsible for Cancelled Policies 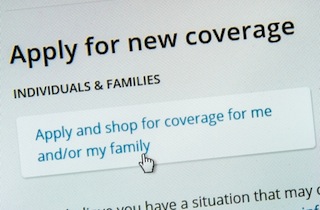 One of the primary controversies during last fall’s implementation of the Affordable Care Act was the number of plans cancelled under the Obamacare’s new coverage minimums, with critics arguing that the law had kicked millions off their insurance and President Barack Obama responding that annual turnover of plans was a regular feature of the health insurance industry prior to the ACA.

A new study appears to back up Obama’s argument. Using Census Bureau data, assistant professor of the Harvard School of Public Health Benjamin Sommers* tracked the fluctuations of people with non-group insurance plans from 2008 to 2011 and determined that the market featured a roughly 60% annual turnover before the ACA was implemented, which would translate to over 6 million people transitioning in and out of insurance plans on a yearly basis. Sommers found a large number of people had dropped or been dropped from their plans after only a few months; by the second year only 27% were in the same plan as when the study began. In short: very few of those who received cancellation notices last fall would have held onto those plans much longer anyway.

“This suggests that the nongroup market was characterized by frequent disruptions in coverage before the ACA and that the effects of the recent cancellations are not necessarily out of the norm,” Sommers wrote. “In this context, reports that recent cancellations of coverage may affect as many as 4.7 million adults** (though precise estimates are lacking) are likely capturing a great deal of the normal turnover in this market.”

RELATED: Here’s Everything Steve Doocy Got Wrong About Obamacare This Morning

The majority of people who had plans cancelled prior to Obamacare were back onto plans within twelve months, Sommers noted, most through employer-back plans, some through other non-group plans, and a slice in Medicaid. He also pointed out that many in the study were below 400% of the poverty line, which would make them eligible for subsidies on the ACA’s exchanges.

* Sommers also serves as a part-time advisor for Health and Human Services, though this study was performed independently of the agency.

** Critics of the law have routinely cited five or six million.