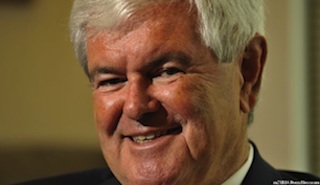 Man, recently, Conservatives have been getting slammed in the “Studies No One Asked For Performed By Random Entities” category. Heck, just last week we learned that social conservatism was linked with a lowered IQ. Don’t worry though, Righties, because there’s a new study out in which you came on top! You also came on bottom. You came just about everywhere. That’s right, this new study shows that Republicans have more orgasms than people of any other political party.

The survey comes from Match.com which makes it one of the growing number of “Surveys Done By Dating Sites Purely Designed To Get Bloggers To Write Stupid Posts Like These That Mention The Name Of The Dating Site.” In it there’s a lot of information but the most interesting factoid (AKA the factoid most designed to drive headlines in stupid posts like these) is that Republicans have more orgasms than any other political party. Yep, a whopping 53% managed to get the job done. Meanwhile, 40% of Democrats were stuck on a bridge to nowhere.

However, it’s not time to celebrate yet, conservatives. You also had the least amount of sex out of anyone. That’s probably for the best though. With all these orgasms going around and social conservatives pooh poohing different forms of birth control, any more coitus would lead to over population faster than you can say “fair and balanced.”

So, what else did we learn from the incredibly scientific survey?

“Republican and Democratic singles seek dramatically different traits in a partner. Liberal Democrats are more likely to search for someone with a sense of humor, similar lifestyle to their own, a sense of independence and someone whom they consider to be their equal. Republicans really are conservative when it comes to choosing a partner; they’re searching for someone with the same background and political party as their own who is interested in marriage.”

Using those factoids, we can just create our own dating site here. All single Mediaite readers take to the comments section. If you’re a Democrat, split off into two groups, those who thought my “came” pun in the first paragraph was funny and those who didn’t, and then date amongst yourselves. If you’re a Republican, just identify yourself by reading the headline and simply typing the word “Whoo!”

You can watch a video Match.com released teasing this information below. It’s like those interstitial sections on the old HBO Real Sex series but with much more discomforting music.

(h/t The Gothamist via I’m With Kanye)