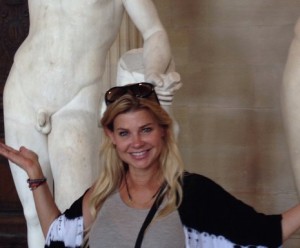 In the ad “Conservative Anonymous,” members of an Alcoholic’s Anonymous parody meet to complain about having voted for Marco Rubio. “Maybe you should vote for more than just a pretty face next time,” an attractive blonde woman says.

When ur in #vegas there’s a good chance u will run into this guy. @HardRock @RealRonJeremy pic.twitter.com/vXISDHZl6G

If u join my site: amylindsayshow.com U get a few perks! #actress #movie #Texas

Weirdly enough, she also played the woman who married The Doctor in the alternate timeline in the finale of Star Trek: Voyager, the worst of the Star Trek series. And yes, I’m including Enterprise.

After publication of the Daily Caller piece, the Cruz campaign pulled the ad and issued the following statement:

“The actress responded to an open casting call.  She passed her audition and got the job.  Unfortunately, she was not vetted by the casting company. Had the campaign known of her full filmography, we obviously would not have let her appear in the ad. The campaign is taking the ad down and will replace it with a different commercial.”

Watch above, via Ted Cruz for America.