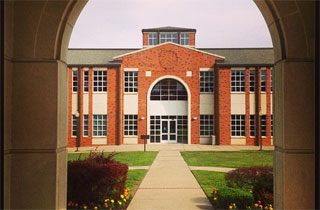 Several Nigerian students applying to Navarro College, a Texas college an hour’s drive south of Dallas, received the following rejection letter from Elizabeth Pillans, the college’s director of international programs, in the mail:

Though #Nigeria has no current case of #Ebola,@NavarroCollege is denying admission to Nigerians. pic.twitter.com/aRekeGRVRu cc @BarackObama

Just in case you weren’t paying attention before: Navarro College is a Texas college an hour’s drive south of Dallas, which has two active ebola cases and one victim.

The letter was first highlighted by African activist Idris Bello, and quickly went, er, viral. After some stonewalling, Navarro’s PR department released this statement saying that there was obviously some sort of miscommunication:

Our college values its diverse population of international students. This fall we have almost 100 students from Africa. Unfortunately, some students received incorrect information regarding their applications to the institution. As part of our new honor’s program, the college restructured the international department to include focused recruitment from certain countries each year. Our focus for 2014-15 is on China and Indonesia.

Inside Higher Ed reports that they haven’t received additional comments from other college officials as to why the letter was sent in the first place.

Ironically, Nigeria is the only African country thus far to successfully contain the ebola outbreak: only 20 people were infected, and the country’s health minister announced today that they were less than a week away from eradicating the virus from the country.