The Guardian Blasts Trump For Lauding Assault On Their Reporter: ‘We Hope Decent People Will Denounce’

The Guardian Blasts Trump For Lauding Assault On Their Reporter: ‘We Hope Decent People Will Denounce’ 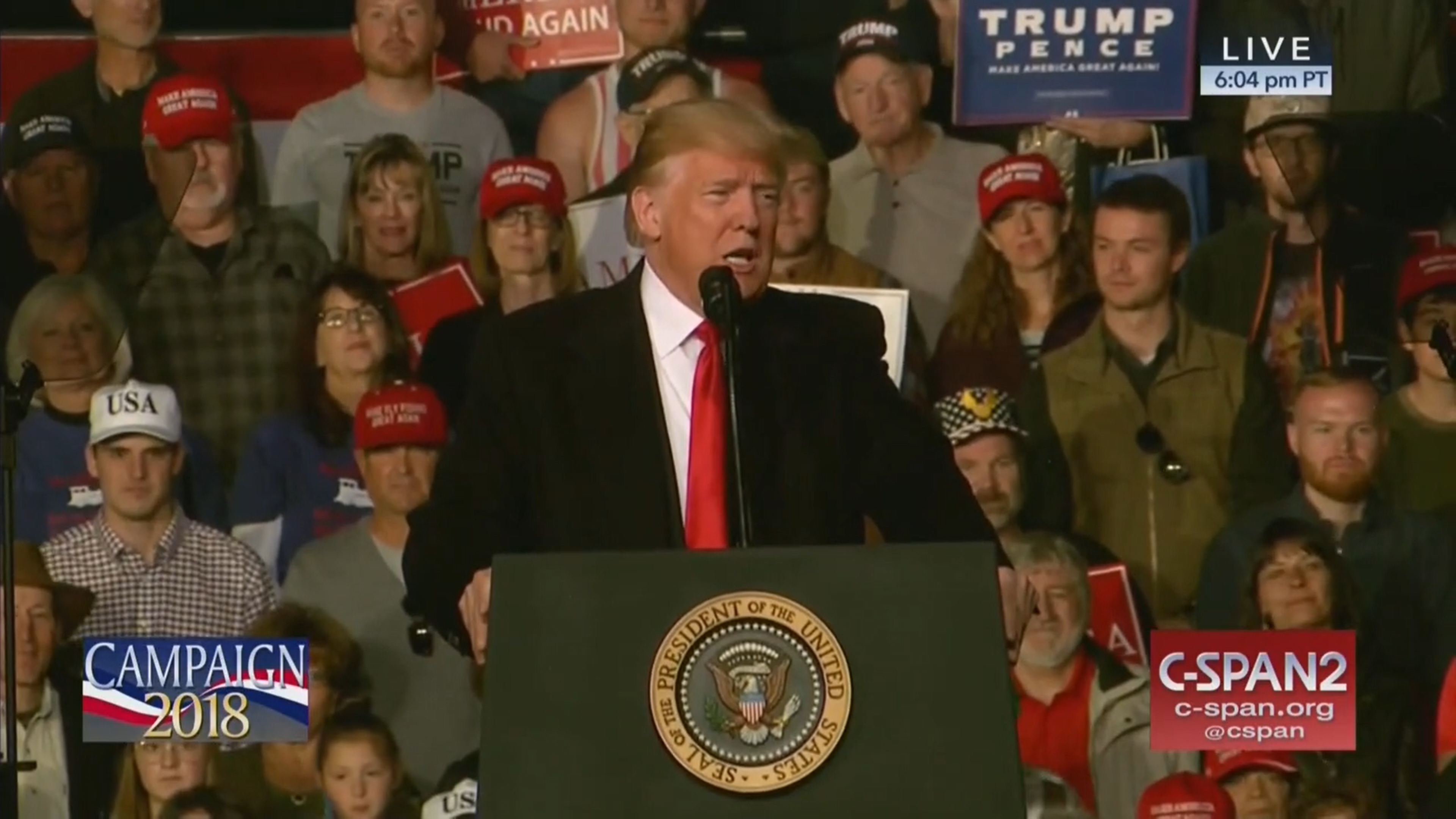 The Guardian is condemning President Donald Trump‘s remarks praising Rep. Greg Gianforte (R-MT) — who assaulted one of their reporters in 2016.

In a statement, Guardian US editor, John Mulholland blasted the president for his comments lauding Gianforte — who, in 2017, pleaded guilty to misdemeanor assault for bodyslamming Guardian correspondent Ben Jacobs.

“The president of the United States tonight applauded the assault on an American journalist who works for the Guardian,” Mullholland said. “To celebrate an attack on a journalist who was simply doing his job is an attack on the first amendment by someone who has taken an oath to defend it. In the aftermath of the murder of Jamal Khashoggi, it runs the risk of inviting other assaults on journalists both here and across the world where they often face far greater threats. We hope decent people will denounce these comments and that the president will see fit to apologize for them.”

The Guardian also reported that a spokesperson for British Prime Minister Theresa May offered this rebuke:

“He obviously made comments at a political rally, and those are for him. But more generally we would always say that any violence or intimidation against a journalist is completely unacceptable.”

The Guardian’s Peter Walker wrote, of May’s critcism: “While oblique, the criticism is relatively strong by the standards of Downing Street, which generally tries to play down condemnation of Trump’s often erratic behaviour, mindful of wider UK-US ties as well as the president’s promises about a post-Brexit trade deal.”

Trump, at the Thursday night rally, said, “I heard that he body-slammed a reporter. This was the day of the election or just before, and I thought, ‘Oh, this is terrible! He’s going to lose the election.’And then I said, ‘Wait a minute, I know Montana pretty well, I think it might help him.’ And it did.”