The News Media IS Biased Against Donald Trump & They Should Be 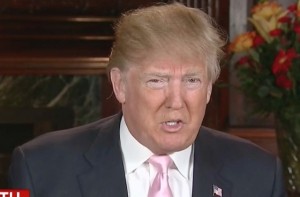 I have spent most of my career railing against and attempting to further expose liberal bias in the news media. My most prominent documentary film was “Media Malpractice: How Obama Got Elected,” which is about the 2008 election. With that background, the extreme “bias” that the news media has recently shown against Donald Trump in this general election was very easily predictable for me (I have referenced this reality here many times). It pains me to say this, but it is also mostly — though not always — very justifiable.

The recent argument from Trump and his “conservative” media enablers has been that he is now losing because of media bias against him. Just last night, Bill O’Reilly said on Fox News that the news media is using “Saul Alinsky tactics” to take Trump out. Sunday, Trump himself laughably claimed on Twitter that he would be up by “20%” without media bias.

Interestingly, this might be close to accurate if the news media had treated Trump and his opponent exactly like they did in the GOP primaries. Then Trump was given two billion dollars in free advertising with almost not real scrutiny or vetting. The media did this because it was good for business and because they didn’t want to lose access to easy and ratings-friendly interviews with him. I also believe that part of this was done by the liberal mainstream media because they knew Trump was the worst general election candidate for the GOP and the best one for them from both ratings and agenda perspectives.

So if Trump was given a pass every time he said something stupid, his past was never fully explored, Hillary Clinton was never allowed to fully respond, and he still had leading poll numbers to constantly tout, then my guess is Trump might indeed be ahead by 5-10 points, just as several of the better Republican options may have been at this point. However, that was never a remotely realistic scenario, nor would it be the right way for the news media to react to Trump. After all, even kids know that two wrongs don’t make a right.

Here are three different and very recent examples of members of the news media (all on CNN, the “Clinton News Network”) holding Trump and his spokespeople accountable in a way that they would be very unlikely to do for Clinton. There is no doubt that the treatment seems rather extreme on the surface, but when you look at the details of each, it is very difficult to point out exactly where the media members were at fault. It should not be wrong to treat a candidate who is constantly saying things which are not true in a fashion that is based on that reality. The problem (and where conservative focus should be) is that the news media never did the same when might have been able to with Barack Obama and, for the most part, are not doing so with Hillary Clinton.

One of the most depressing aspects of “Trumpsanity” is that “conservatives” have now been reduced to screaming “media bias” (a complaint that is very legitimate and exceedingly significant) in the defense of a candidate about whom the media, rather belatedly, is actually doing their job. This has the equivalent effect of the “Boy who cried wolf.” When we waste this charge on someone who does not deserve it (and, in this case, isn’t even remotely conservative), we greatly diminish its impact for situations when the allegation is legitimate. Heck, there is very little evidence that the media treatment Trump is getting has anything to do with him supposedly being “conservative.” It’s mostly because he is simply not qualified for the job.

It is also the height of hypocrisy for the very same “conservative” media stars who, very correctly, bashed the news media in 2008 for never fully vetting and only really overtly promoting Barack Obama’s candidacy during the primaries, to now cry foul over the change in treatment of Trump once the general election got underway. Of course, it is also duplicitous of the liberal mainstream press to very selectively suddenly decide that they were going to finally do their job properly when it comes to Trump when they never did so for Obama (Remember when the media told us that the “Reverend Wright” issue would finally be fully litigated in the general election that year? Yeah, that never happened).

However, none of that changes the reality that, when it comes to news media treatment, Trump is really the Obama of 2008, only with the news media very predictably reversing course on him once he was a true threat (it is truly maddening to NOW see all these stories about how “dangerous” a Trump presidency would be, when there was plenty of evidence to support that narrative back when he could be stopped in the primaries). The fact that “conservatives” like Sean Hannity and Rush Limbaugh, among many others, can’t seem to see that they have been duped into supporting a liberal who is every bit as unqualified and media-created as Obama was in 2008, is one of the most astonishing elements of this entire wacky campaign.

Media “bias” should not be judged based solely on which candidate is discussed more or less favorably. No sports fan would expect that national network announcers would ever be “unbiased” in describing a football game where one team’s quarterback was throwing interceptions on nearly every play while the other team’s quarterback stunk, but was at least holding on to the ball. Such treatment would be absurd and both roundly and correctly mocked.

Similarly, news media’s treatment of two candidates should not be the “same” or “equal” when the facts and events don’t warrant such an actuality. For the news media to do so would be to inherently give an unfair advantage to the inferior candidate. This is the “false equivalency” that some in the news media have worried might force them to treat Trump and Hillary the same.

Well, the weeks since the convention have proven that this was not something about which the media should still be concerned. They are finally fulfilling their responsibilities with regarding to holding Trump up to proper scrutiny. I just wish they had done so back when they should have, and that they would have done the same with Obama and Clinton.