The Trump/Russia Story Has a Ton of Smoke, But is There Any Real Fire?
Opinion

The Trump/Russia Story Has a Ton of Smoke, But is There Any Real Fire? 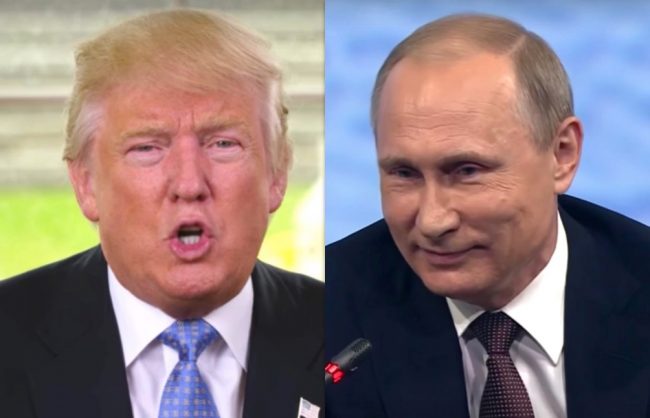 Either the connection between President Trump and Russia is clearly the biggest story of our time, or it is much ado about very little. I am not sure which it is, but I am positive it is one or the other.

Ever since then-President Obama confirmed that Russia had attempted to help Trump, the election, and announced sanctions against them for doing so, there has been a massive marketplace for stories about what REALLY happened here. Dozens of reporters (and mostly liberal commentators of varying credibility levels) have gotten huge Twitter followings by teasing an audience hungry for answers with rumors and theories — none of which ever seem to get fully fleshed out — but that always leave the tantalizing impression that this is all VERY big and that Trump is in VERY deep trouble. Even some right-leaning pundits have used “impeachment” to describe where this might go.

I do not claim to be an expert on Russia, or even on this story in particular. I have, however, given all of this an enormous amount of thought, and I have yet to come up with any firm conclusions, mostly because I have not found a theory which fully explains everything we think we know.

Let’s sift through all of the smoke and establish what exactly we really know at this point.

-Paul Manfort was relieved as Trump’s summer-time campaign manager, at least in part because of ties to Russia and huge payments he apparently received because of them. Carter Page resigned as an aide to the campaign apparently because of his ties to Russia. He has also told differing — and rather bizarre — stories regarding his interactions with them.

-Mike Flynn was forced to resign as National Security Advisor because he lied about the nature of his conversation with the Russian Ambassador just after Obama’s announcement of sanctions.

-Attorney General Jeff Sessions recused himself from any investigations in this matter after it was revealed that he too had met with the Russian Ambassador — twice — despite having given the strong impression during his confirmation hearing that he had not met with any Russian officials during the campaign.

-Donald Trump is completely obsessed with the issue to the point of near insanity and is now alleging, without logic or evidence, that all of this is the result of illegal activity by Obama. He has also been more consistent in his defense of Vladimir Putin than he has on just about any other topic since he began running for president.

–There is a now public dossier from a respected former British spy alleging that the Russians have compromising information on Trump.

-Russia hacked into the DNC and then had a third party leak the information for maximum political impact to favor Trump’s chances, a development he literally cheered.

Now, by any measure, that is a LOT of smoke. As big fan of Occam’s Razor, it is really difficult for me to understand how all of that could be true and there not be something very serious and improper going on between Trump and Russia. And yet, (unlike the “conservatives” in the now state-run media), I am certainly open to the worst case scenario, my gut keeps telling me that all of this is actually unlikely to ever be proven.

There are few substantive reasons for this “feeling” that I can’t seem to shake. The first is that there just seems to be too MUCH smoke. It seems really odd to me that we are finding out SO much, so quickly, and yet haven’t seen any evidence of an actual “fire” yet.

Take for instance Carter Page. Anyone who watched his two train-wreck interviews on MSNBC and CNN last week had to be asking themselves, “Could this nut-job really be the guy who made a deal with the Russians?” Perhaps more importantly, if somehow he really had been involved in such activity, why the hell would Trump not be preventing him from going on television at all?

This leads me to the second reason behind my skepticism about this whole story being a ticking time bomb which is destined to end the Trump presidency. Page, along with Manafort and Flynn, was forced to resign in fairly short order. If they really were involved in some sort of conspiracy, or at least knew where the bodies were buried, wouldn’t Trump do everything he possibly could to keep them completely under his control? Yes, he could be paying all of them, but if this story is really that big, all of them would have huge book deals that Trump would be hard pressed to match.

Thirdly, there is no doubt that this story is ripe to be over-reported. There are millions of liberals (including most of the news media) who see Trump’s election akin to the sudden death of a close family member. They are still in shock and denial, and they are desperate for this tragedy and the daily pain it inflicts on them to somehow be erased as quickly as possible.

All of this makes them incredibly vulnerable to this siren’s song, telling them that their nightmare will soon be over and revealed as nothing but a prolonged bad dream, just as soon as we get to the bottom of this Russia story. Making this emotional titillation even more effective is the fact that so much of this story comes from the highly-mythologized realm of the intelligence community where all things are possible, but where nothing can be known (or disproven) for sure because it’s all coming from anonymous sources.

My point here is that a lucrative marketplace for Trump/Russia stories now exists, and this makes me inherently suspicious of the preferred narrative. We have seen the power of this movement to create false reporting on Trump in conservative outlets trying to make a buck riding the Trump Train during the Republican primaries. I think it is quite possible that we are seeing something very similar happening now within the left-wing media.

Ironically, the one piece of evidence in all of this that I just can’t shake comes in the form of Trump’s own behavior. His reaction to this entire story seems to be the personification of an old adage: “The lady doth protest too much.” If Trump had simply kept his cool during of all of this instead of ducking questions about it, not calling legitimate stories “fake news,” and not engaging in obvious projection/deflection tactics (including an obvious effort to turn Obama into his boogeyman), I would presume that this was all little more than some weird coincidence mixed with a large helping of media bias.

Thanks to Trump’s overreaction I have to believe that there is SOMETHING to all of this. I just don’t think it has to do with election collusion with Russia (frankly, the bigger issue is why Russia wanted Trump to win in the first place), but more than likely has to do with his personal finances, which is why he is so dead-set against releasing his tax returns (despite his own promises to do so).

The bottom line here is that this story is fast approaching the point where if parts of the house don’t start collapsing, we will just have to assume that the smoke billowing out of the windows has no actual source.