This Exists: Boston First Grader Accused Of Sexual Harassment After Punching Other Kid In The Junk

This Exists: Boston First Grader Accused Of Sexual Harassment After Punching Other Kid In The Junk 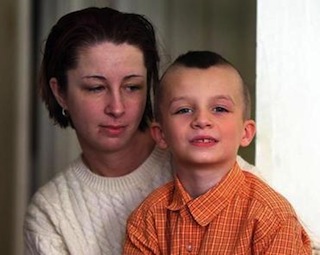 There is shock today after news broke that someone completely unexpected has been charged with sexual harassment. No, not that guy. Rather a first grader from Boston. The whole thing seems pretty extraordinary because, really, if a kid that young is checking out a lady’s breasts, there’s still a good chance he’s merely hungry.

As it turns out, the is accused of harassing another male student. How? By allegedly punching him in the crotch during a fight. Apparently, the school has to rule anything of that kind as a “sexual assault” and report it.

“Matthew Wilder, spokesman for the Boston public schools, declined to comment on the incident or why it has been classified as a possible case of sexual harassment. He said officials do not discuss confidential student information.

‘Any kind of inappropriate touching would fall under that category,’ Wilder said.

Wilder declined to comment on any possible calls to the state, but said generally they are legally obligated to report incidents of sexual misconduct to the agency.

The Globe article spends a lot of time discussing the particulars of the fight, but they only get the side of one of the boy’s mothers so who knows what really happened. I mean, my mother probably still believes my fifth grade story that someone else’s lit cigarette got picked up by the wind and blown into my mouth. The interesting thing here is the seeming arbitrariness of the school’s response.

Recently we’ve seen what happens when schools don’t report incidents that may be of a sexual nature and, obviously letting something like that go on is infinitely worse than a kid getting a silly, overly severe write up. However, it seems that there should be some kind of middle ground between never saying anything and treating every incident ever that involves a kid’s trouser area as a serious crime.

(photo via The Boston Globe)