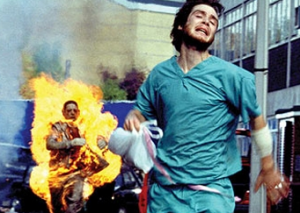 A “concerned citizen” in the UK has gone to his city council to demand answers. Sounds pretty fair so far. What’s he holding elected officials feet to the fire about? The inevitable zombie apocalypse, of course. As the Daily Telegraph reports, “Robert Ainsley…lodged his query on Tuesday, asking: ‘Can you please let us know what provisions you have in place in the event of a zombie invasion?” And if you’ve seen 28 Days Later, you know the UK doesn’t exactly have a spotless record in defending against zombies–just the kind of scare that sent Ainsley to the Leicester City Council with questions:

“Having watched several films it is clear that preparation for such an event is poor and one that councils throughout the kingdom must prepare for.”

The authority has yet to formally respond but has indicated that there are no specific references to zombies in its emergency plans.

The request did get some laughs from city officials, but they say it’s not an entirely unreasonable issue. “You could look at it in more depth and say, ‘Which parts of the emergency plan could you apply to a zombie invasion?’ – as it would have the same impact as perhaps some other disaster or attack.”

Here in the U.S., of course, we remain on the cutting edge of preparations for the zombie attack that will almost certainly befall us, with the Centers for Disease Control and Prevention recently releasing the agency’s first-ever guide for “coping with a zombie apocalypse.” 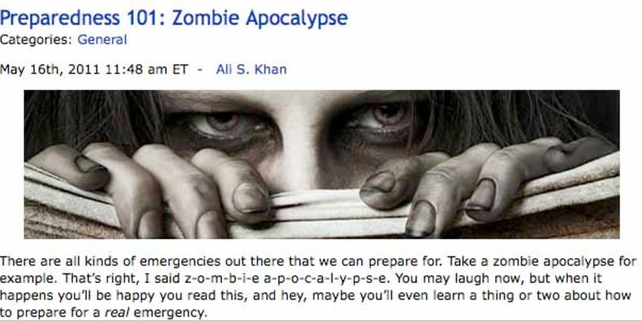