‘This Speech MY GOD’: Celebrities React to Donald Trump’s Presser

‘This Speech MY GOD’: Celebrities React to Donald Trump’s Presser 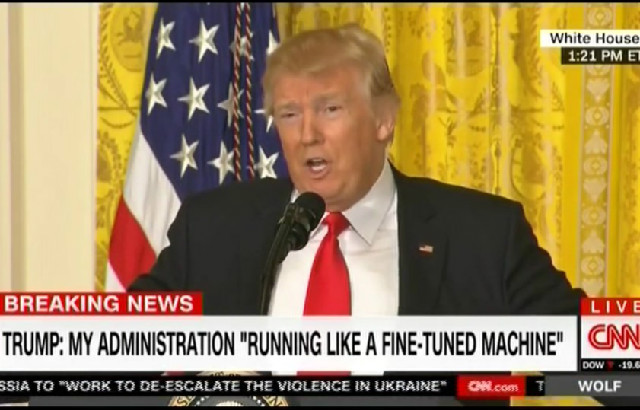 Wow. Just…wow. That press conference was really, really something. President Donald Trump just announced his labor secretary, but ended up using most of his time to insult the press, continue campaigning against Hillary Clinton for some reason, and discuss the election. (Which he won, by the way.)

Trump also commented on Russia, leaks, and fake news among other things. There’s a lot to unpack here, and of course there are a lot of social media reactions.

“The leaks are real. The news is fake. She’s born with it AND it’s Maybelline.” – @POTUS

“The leaks are real but the news is fake.” pic.twitter.com/gsy1dSRIgv

Not watching Trump presser but if I were just going off my twitter feed, it would appear that Danny DeVito in Cuckoo’s nest is our President

This speech MY GOD

If ur looking for something to do, our “precedent” is having a full meltdown on tv right now. #TrumpNewsConference

#hindsightresponse “It was a very substantial margin, do you agree with that?” “NOT COMPARED TO THE FACTUAL NUMBERS I JUST GAVE.” https://t.co/0lXXqQ0P2G

I mean. Unhinged. This isn’t politics. This isn’t red and blue. This is reality and insanity. Both sides of the aisle, please protect us.

I can’t laugh about him anymore. It just isn’t funny. I feel genuinely scared about his confusion and egomania. We are in a tailspin.

Dear @HouseGOP, @VP, @SenateGOP, @MitchMcConell, @SenJohnMcCain…you can’t ignore this. You own this. This is not normal & we are not safe.