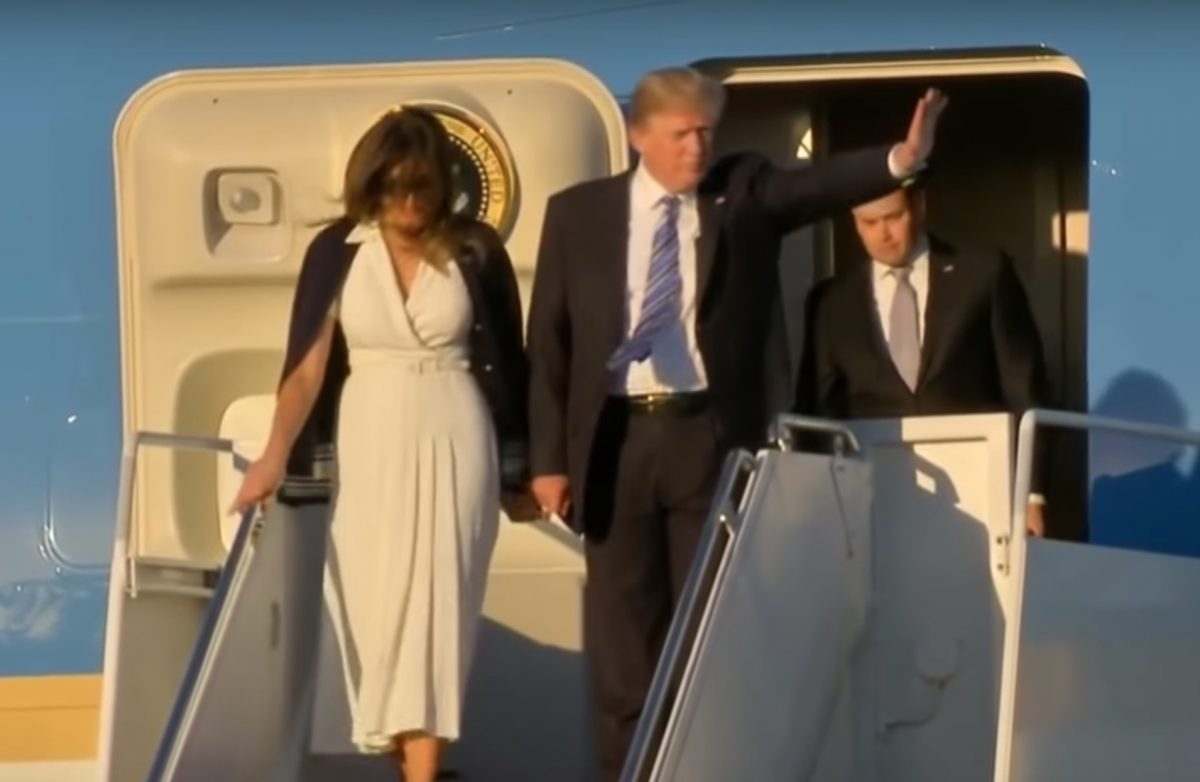 President Donald Trump met with survivors of the Parkland, Florida high school shooting on Friday, before heading to his Mar-a-Lago resort for a disco-themed party.

Trump met with survivors of Wednesday’s mass shooting at Broward Health North hospital in Pompano Beach with his wife Melania. They also stopped at the Broward County Sheriff’s Office.

“I did indeed,” Trump told reporters when asked if he met with any of the seven victims hospitalized. “It’s very sad that something like that could happen.”

That marks Trump’s 53rd day at his Palm Beach resort, which is around 40 miles north of Marjorie Stoneman Douglas High School — where gunman Nikolas Cruz opened fire on students with an assault rifle, killing 17 and wounding more than a dozen others.

One Instagram user posted a photo of what looks like Trump attending the disco party at Mar-a-Lago:

The president will spend the holiday weekend at the resort, and is set to meet with House Speaker Paul Ryan on Sunday to discuss their legislative agenda. In the wake of Wednesday’s massacre, Trump has avoided calls from the left to address on gun control, instead focusing his comments on mental health.