Trump on New Allegations: Media’s Trying to ‘Poison the Minds’ of the Public

Trump on New Allegations: Media’s Trying to ‘Poison the Minds’ of the Public 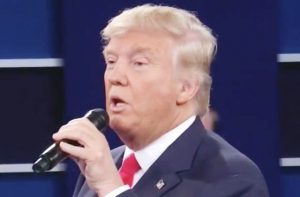 Donald Trump has issued a new statement on allegations against a former Apprentice contest making serious allegations about his behavior to her.

Summer Zervos said today that Trump kissed her on the mouth the first time they met and once he attempted to take her into the bedroom to kiss her, even saying Trump “thrust his genitals” at her.

In his response, Trump says that he’s never acted inappropriately to her and even said, “Ms. Zervos continued to contact me for help, emailing my office on April 14th of this year asking that I visit her restaurant in California.”

And then, of course, he lashed out at the media.

I vaguely remember Ms. Zervos as one of the many contestants on The Apprentice over the years. To be clear, I never met her at a hotel or greeted her inappropriately a decade ago. That is not who I am as a person, and it is not how I’ve conducted my life. In fact, Ms. Zervos continued to contact me for help, emailing my office on April 14th of this year asking that I visit her restaurant in California.

Beyond that, the media is now creating a theater of absurdity that threatens to tear our democratic process apart and poison the minds of the American public. When Gloria Allred is given the same weighting on national television as the President of the United States, and unfounded accusations are treated as fact, with reporters throwing due diligence and fact-finding to the side in a rush to file their stories first, it’s evident that we truly are living in a broken system.

Hillary Clinton can spend all of her time and money pushing complete lies against our campaign, but I refuse to fall victim to this vicious cycle of personal attacks. In the coming days I plan on addressing our nation in a more personal way to present my vision for how together we fight to bring back American jobs and defend our country against radical Islamic terrorism. I will take my message directly to the American people and bypass the unethical press that wants to see their candidate elected. Together, we will make America great again.