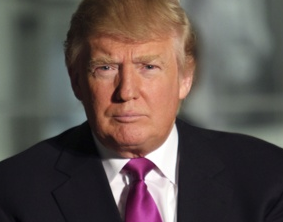 If Donald Trump ever really runs for president, he won’t be getting a contribution from comedian Jerry Seinfeld. Seinfeld has pulled out of a planned appearance at a charity event benefitting the Eric Trump Foundation, telling the New York Post through a representative “Jerry has grown increasingly uncomfortable” with Trump’s questioning Obama’s citizenship. “Jerry…feels this kind of demagoguery has no place in public discourse.”

Seinfeld reportedly made a donation instead to the charity and St. Jude Children’s Research Hospital, which would have received funds from the September 13 event. Does Trump understand Seinfeld’s decision? What do you think? In a blistering letter, Trump tears into Seinfeld, his work, and even his recent NBC show The Marriage Ref:

“I just learned you canceled a show for my son’s charity,” Trump fired off in a scorching letter to Seinfeld yesterday, “because of the fact that I am being very aggressive with respect to President Obama, who is doing an absolutely terrible job as our leader.”

“We don’t care that you broke your commitment,” he wrote, “even though the children of St. Jude are very disappointed, and despite the fact that your manager clearly stated you are ‘truly a man of his word.’

“What I do feel badly about is that I agreed to do, and did, your failed show, ‘The Marriage Ref,’ even though I thought it was absolutely terrible . . . Despite its poor ratings, I didn’t cancel on you like you canceled on my son and St. Jude. I only wish I did.”

The letter ends with the kiss-off, “You should be ashamed of yourself!”

Read the full story at NYPost.com.