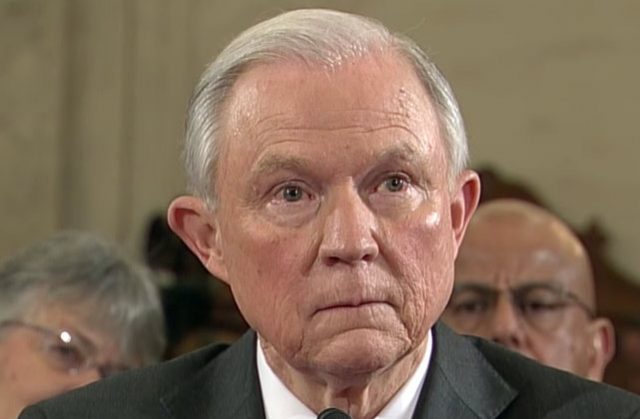 A new report indicates that President Trump is still sore about the Alabama special election results, and he’s blaming Jeff Sessions for the GOP’s loss of a red-state Senate seat.

The Associated Press released a profile on Trump today which examined some of the most consequential moments from his first year in office. The piece suggests that Trump is angry with Sessions again because the latter relinquished his position in the Senate to become Attorney General, and now, that old seat could end up swinging the fragile balance of Congress.

“The rift between Trump and Sessions still has not healed. Recently, Trump bemoaned the Republicans’ loss in a special election in Alabama and in part blamed Sessions, whose departure from the Senate to head to Justice necessitated the election.”

Shortly after Sessions became head of the Justice Department, he announced that he would recuse himself from any investigations related to Russia and the Trump presidential campaign. This has been a major source of frustration for Trump, and he attacked Sessions over the matter several times throughout the past year.

During the Senate election, Trump endorsed Republican candidate Roy Moore despite the fact that the controversial state politician was accused of sexual misconduct by several women from when they were teenagers. Moore was defeated by Democratic candidate Doug Jones earlier this month, and Trump has tried washing his hands of Moore while claiming he knew all along that the former judge was going to lose.