Trump Ripped by Critics for Blaming ‘Fake News’ for Bomb Threats: ‘This Is Not Unity’

Trump Ripped by Critics for Blaming ‘Fake News’ for Bomb Threats: ‘This Is Not Unity’ 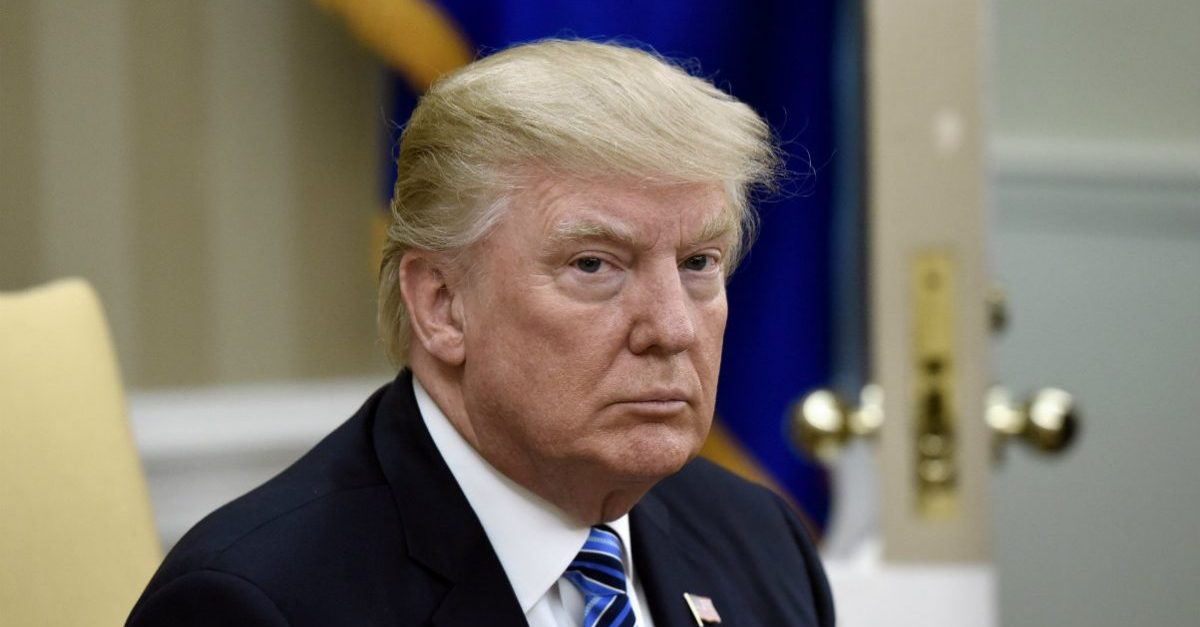 Donald Trump is generating new outrage today by blaming the media for the multiple bomb scares that have gripped the country this week.

The president is back on Twitter, saying the “fake news” media is to blame for “anger” caused around the country by their “false and inaccurate reporting.” Trump hasn’t said anything on Twitter yet to condemn the attempted bomber, nor the fact that perpetrator’s suspicious packages have created emergency situations for the media, top Democrats and multiple public figures.

A very big part of the Anger we see today in our society is caused by the purposely false and inaccurate reporting of the Mainstream Media that I refer to as Fake News. It has gotten so bad and hateful that it is beyond description. Mainstream Media must clean up its act, FAST!

Since Trump’s tweet comes just after Robert De Niro became the latest person to be targeted by a suspicious package, the president’s critics are slamming him in droves. Most of them are either ripping Trump for his insincere calls for unity yesterday, while others are accusing him of blaming the victims for their own situations.

Several responders to Trump’s tweet work for CNN, which had to evacuate their New York building yesterday after receiving once of the mailed bombs.

We do not report “purposely false and inaccurate reporting”. We cover the news and report the facts as we did yesterday and continue to do today. https://t.co/V3aXsWRl81

“Hopefully we can keep it that way” lasts less than 12 hours. https://t.co/llakdtaOMf

This from the head of the US government today. The same morning an 8th suspected bomb was found in NYC. SERIOUSLY! https://t.co/GhVX1XKoqW

This doesn’t sound like the call for unity and civility delivered yesterday from the East Room… https://t.co/Awb4xwzlTH

But the criticisms were not exclusively from CNN:

He did it. Again. He blamed the media after someone tried to kill prominent democrats and media figures.

This is not unity. https://t.co/vz8xTMQgLK

From the man who blamed “both sides” when a white supremacist killed an innocent. https://t.co/BcdOCgXHNt

A day after CNN had to evacuate because someone sent a bomb to its studios, Trump doubles down on attacking the press. Beyond words disgusting. Remember, in January, a dangerous nutcase called CNN 22 times and told them he was going to kill them all because they were “fake news.” https://t.co/nW2LiGpzqd

Trump blames the victims. Says nothing about the person making the bombs. https://t.co/7o1l2kpjTe

The expiration date on the “new tone” was, what? One news cycle? half a news cycle?
He.Will.Never.Pivot.People. https://t.co/24x2mr0Ejo

Rather than preaching unity, Trump seems to be pinning some of the blame on the media for the divisive atmosphere that may have motivated the creation of these explosives https://t.co/K3SbsV6Jca