Keith Schiller Will Be Questioned in Russia Probe 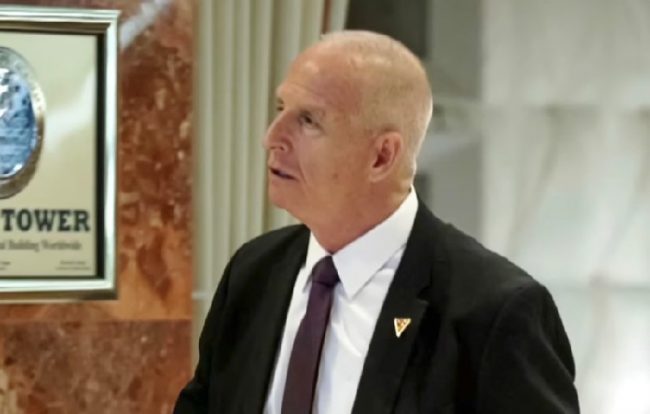 One of President Donald Trump’s longtime confidants will be pressed by the House Intelligence Committee next week. And it will be over one of the more controversial and salacious topics of the Russia probe.

According to the Washington Post, former White House aide and Trump bodyguard Keith Schiller is scheduled to be questioned by investigators Trump’s trip to Moscow in 2013.

The House Intelligence Committee has called former longtime bodyguard Keith Schiller to appear for an interview Tuesday as part of its probe of Russian meddling in the 2016 election. Investigators plan to press Schiller about allegations in the 35-page dossier that Russian officials obtained compromising information about Trump’s personal behavior when he visited Moscow for the 2013 Miss Universe pageant, according to people familiar with the investigation.

As you may recall, the infamous dossier claimed that Russian officials had gathered compromising information on Trump during that trip. One of those unverified claims included that some of the “kompromat” that Russia held over Trump centered on him hiring prostitutes during his stay at the Moscow Ritz-Carlton.

In a statement to the Post, Trump lawyer Ty Cobb said that “the White House is delighted that Mr. Schiller will have an opportunity to shed some light on these scandalous allegations, and we are sure that his testimony will be of great interest to all fair-minded people.”

Slightly more than a month ago, Schiller left his White House position. At the time of his departure, it was reported that Schiller had become upset over his restricted access to the president following the arrival of White House Chief of Staff John Kelly.