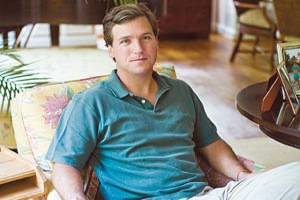 After a storm of criticism against his site for its continued coverage of the now-defunct Journolist list-serve, Tucker Carlson has come out to defend his website, personally guaranteeing the necessary context is given, but won’t publish the complete archives because they are “banal” and contain a “high concentration of bitchiness.” Journolist owner Ezra Klein has responded by publishing some emails of his own.

In a letter posted on his website, Carlson comes out against two specific complaints that he says have repeatedly surfaced regarding the coverage of the Journolist leaks by the Daily Caller and writer Jonathan Strong:

“The first is that our pieces have proved only that liberal journalists have liberal views, and that’s hardly news […]

The second line of attack we’ve encountered since we began the series is familiar to anyone who has ever published a piece whose subject didn’t like the finished product: ‘You quoted me out of context!’”

Of the first, Carlson says clarifies that he is not opposed to “political opinions,” but does “object to partisanship” (these are assumed to be two different things, the difference being that partisanship is “by its nature dishonest.”). He also disparagingly revokes the title of “journalist” from those on the list who were “working to coordinate talking points,” telling them they should “stop pretending to be [journalists].” It should be noted that many on the list were known political commentators, opinion writers, or openly partisan professors as well as traditional journalists.

As for the second complaint, Carlson guarantees that the quotes were not taken out of context because “I edited the first four stories myself, and I can say that our reporter Jonathan Strong is as meticulous and fair as anyone I have worked with.” And if you are a former Journolist member and are wary of taking Carlson and his operation at their word, he would like to hear from you: “Anyone on Journolist who claims we quoted him ‘out of context’ can reveal the context himself.”

But the most interesting part of Carlson’s defense of the coverage comes when he explains why he doesn’t just publish the entire contents of the list-serve that he has at his disposal:

“So why don’t we just publish all the threads we have and end the debate? Because a lot of them have no obvious news value, for one thing. Gather 400 lefty reporters and academics on one listserv and it turns out you wind up with a strikingly high concentration of bitchiness. Shocking amounts, actually. So while it might be amusing to air threads theorizing about the personal and sexual shortcomings of various D.C. pundits, we’ve decided to pull back.

Plus, a lot of the material on Journolist is actually pretty banal. In addition to being partisan hacks, a lot of these guys turn out to be pedestrian thinkers. Disappointing.”

In other words, Journolist is extremely important because it was a place where liberal elites congregated to synchronize their line of attack, but Journolist is extremely unimportant because a lot of what was going on on the list was “bitchy” and “banal.” Carlson’s argument is weakened significantly by the fact that the Daily Caller has released a statistically insignificant percentage of the emails– though, to be fair, it seems the site’s daily release of emails is far from over, so there may be a full case to be made that they are stretching out over a long period of time. If Carlson and Strong can’t deliver a significant number of emails that indicate conspiracy, however, it won’t matter how egregious the few they have released are. And if they begin to successfully propagate the idea that most of Journolist is “bitchy” and not dangerous, they will take the rug out from their own story.

At the very least, Carlson’s letter has achieved one victory: making Journolist’s owner Ezra Klein angry. Not mildly disgruntled, which is rare and would have been an achievement already–  angry-angry. Willing-to-publish-private-emails-with-Carlson angry. It’s no Keith Olbermann Special Comment, but if Klein has more of these emails on hand, this Journolist story will end up being quite an interesting chess game to watch unfold over the summer.