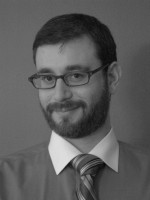 For 50+ years, if someone were to mention The Big Three Networks, one would automatically know the conversation was about ABC, NBC and CBS. Over the past several years, a new Big Three Networks has emerged, only now it’s the social networks of Facebook, Twitter and LinkedIn (and while the folks at MySpace believe they’re in this cadre, who really uses MySpace anymore except for the next promising local band?).

But with the introduction of Tumblr into the online denizen’s conscious (heck, even the New York Times has written about the microblogging service twice in the past 90 days), this relatively new platform can now insert itself the conversation (similar to Fox becoming a member of the Big Three, except in name) knowing there are several others who want to join the party.

In fact, we can take this whole TV analogy even further and say while online, the Big Three plus Tumblr are the driving forces of social media, the corresponding “cable outlets” of Posterous, Formspring – and to a certain extent YouTube and Flickr –  of online media are giving validity to the general precept of the Web: share and share alike. Numbers don’t lie – people are flocking to short-form content-producing sites where they can put their lives on display.

Tumblr has been around since 2007, but only within the last year or so has it gained traction within the social sphere, as its blogging platform creates the opportunity to be a social network (indeed, in August, Anthony DeRosa wrote a column for Mediaite about Tumblr entering the “Holy Trinity of Social Media”). I started exploring and experimenting on the site at the outset of summer and find myself constantly amazed at how people use the platform.

I’ve come to the realization that if you want a better understanding of who someone is, follow them on Tumblr and not on Twitter (and or, really, Facebook). Because the very nature of Tumblr is not to interact – or “engage” as we like to say in the business – with those you follow (though, it’s nice when that happens) or those who follow you, but instead to provide a canvas for your digital life: where you upload video, audio, commentary, links, or pictures

But that’s what social media’s all about, right? It’s about sharing those extensions of yourself that you want to share with others. And what you share on Twitter is usually different than what you share on Facebook. Why? I think “social identity models” explains it best: a method of defining individuals when it is important to distinguish between different levels or types of identity. In other words, we express different aspects of our identity to different audiences.

For example, how you interact, behave, communicate with your parents is completely different than how you interact, behave, communicate with your friends, colleagues, classmates, bosses, teachers, strangers, etc. Not only do we do this in the real world, but we bring this online, too. – how we use each social tool varies from person to person, but we present a different self on Twitter than we do on Facebook than we do on Tumblr and so on.

On Twitter, we do one of two activities – engage in succinct conversation with a follower or followee. or we provide information through the links we post. We build an identity based on the content we create, as well as provide. We develop, foster and nurture this identity through countless interactions. But we also have the option to be a wallflower, to sit back and watch the stream go by, eaves-dropping on conversation. My dad does this. I’ll post a tweet and when he calls me, he’ll bring up that tweet. He doesn’t participate in social media, but uses Twitter to see what I’m up to.

But we can also take the relationship offline and begin the initialed “IRL” relationship. And now we get to explore other aspects of our identity to our new-found friends. But when all’s said and done, Twitter is still just another broadcast medium, where the viewer only gets a select showing of who the tweeter really is.

Facebook, on the other hand, is a bit of a different story. It’s a place to be open, a place to share, play games and be social. But really, it’s the Wal-Mart of social media: a destination for everything. You want your video? Sure. You want your games? Ok, aisle 3, bub. You want to listen to music? Sounds good. And you want recommendations, aphorisms, philosophies, soliloquies, monologues, dialogues, updates, thoughts, meanderings and the often malapropism? We got ‘em because we know what’s on your mind.

Where Twitter had verified accounts, Facebook has fan pages for brands and for people who are so fabulously famous they need to create a fan page for themselves. But we know the people we’re friends with – at least superficially.

You set up your privacy so certain people can see certain things, because let’s face it, you don’t want your parents or aunt or uncle to see you posing in the bathroom in your boxers showing off your situation. And the fact that your whole family and extended family is on Facebook makes Facebook seem over-populated and watered down.

So our behaviors are modified, perhaps even dictated by who we’re friends with on Facebook – people have gotten fired because they post disparaging comments about their company AND HAVE THEIR BOSS AS A FRIEND. As the site has become ubiquitous throughout multiple generations, while also infiltrating beyond the university campus and into the corporate sphere, these days, most people tend to pause before posting.

And we circle back to Tumblr, where there is no shortage of impulse posting. It seems as Tumblr is geared for two opposite ends of a generation: those who were raised on cable television, an era where we discovered what ‘niche’ programming meant, and those who were raised on the Internet, simultaneously the vast wasteland of society and the most important tool in our current information landscape. In short, a range of people in their mid-thirties and people in their late teens who understand the power of choice and the cross between technology and media – and don’t underestimate the underlying current of channel surfing (whether on cable or the Web).

The former knows how to watch. I’m in this category – we’ve been cultivated by television, bombarded with messages – both good and bad – through countless hours of programming and advertising. We viewed the world through the television lens – one to many – but understood the power of the message and the power of the medium (yes, yes, McLuhanites, go ahead, say it…).

The latter knows how express themselves. A college freshman only knows reality with the Internet, only knows about the democratization of media: the idea that anyone and everyone can have a voice and a soapbox. They also know that because of the large number of online denizens there are, you’re also going to attract some sort of following somewhere. They see reality through the connectivity lens, where everyone and everything is out in the open, shared with friends and strangers alike, to try to create a community.

The concept of social identity seems to address the fascination of Tumblr that’s not happening with the other social networks. People are sharing these extensions through a different prism. Instead of creating multiple-identities, it appears as if Tumblr fosters both our voyeuristic tendencies (looking in on someone’s Tumble posts) and our expressionist ones (exhibiting your personality via what you decide to share, be it video, audio, text, links, thoughts, or whatever), allowing users to represent themselves in a more complete and dynamic way.

Tumblr is positioned to be the antithesis of Twitter and Facebook because it’s a platform for the cross-section of the open digital generation, one that believes in watching and exhibiting. And cats.

Josh Sternberg is the founder of Sternberg Strategic Communications, a full service communications agency in New York City, and can be found on Twitter at @joshsternberg.