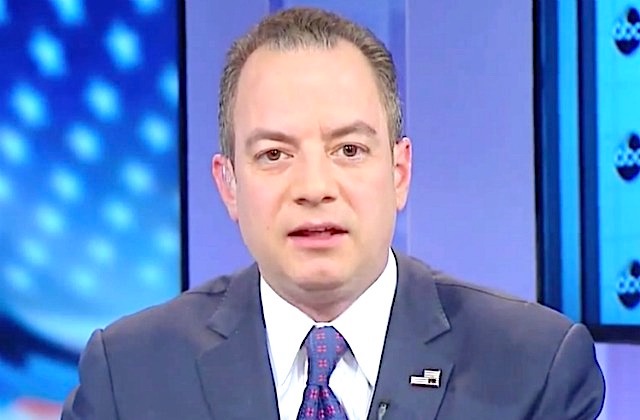 President Trump announced another major shakeup in his administration via Twitter this afternoon, and Twitter can’t handle it.

Reince Priebus is out as Chief of Staff and General John Kelly, the current Homeland Security Secretary, will be replacing him.

It’s not as if Priebus’ ouster was a big surprise, but people were still pretty taken aback by this news:

And the race to land @Reince's book contract begins. pic.twitter.com/mHNq7GE7he

General John Kelly must be a glutton for punishment to accept being @RealDonaldTrump's chief of staff. John, #WeTriedToTellYa

What are the odds Priebus learned about it from the tweet?

A reboot of The Expendables, but starring the people fired from the Trump Administration

Add Priebus to the (growing) list of Republicans — Christie, Spicer, Sessions — who’ve been paid back with humiliation for supporting Trump.

Ok, yea. Spicer and Reince would be great on Dancing with the Stars together.

Frankly this humiliation is an appropriate end for Priebus, who was a key figure facilitating Trump's rise.

Rumor: Reince and Spicer to open a Ben and Jerry’s.

Was it worth it, @Reince45? pic.twitter.com/BOJXZvaxKK