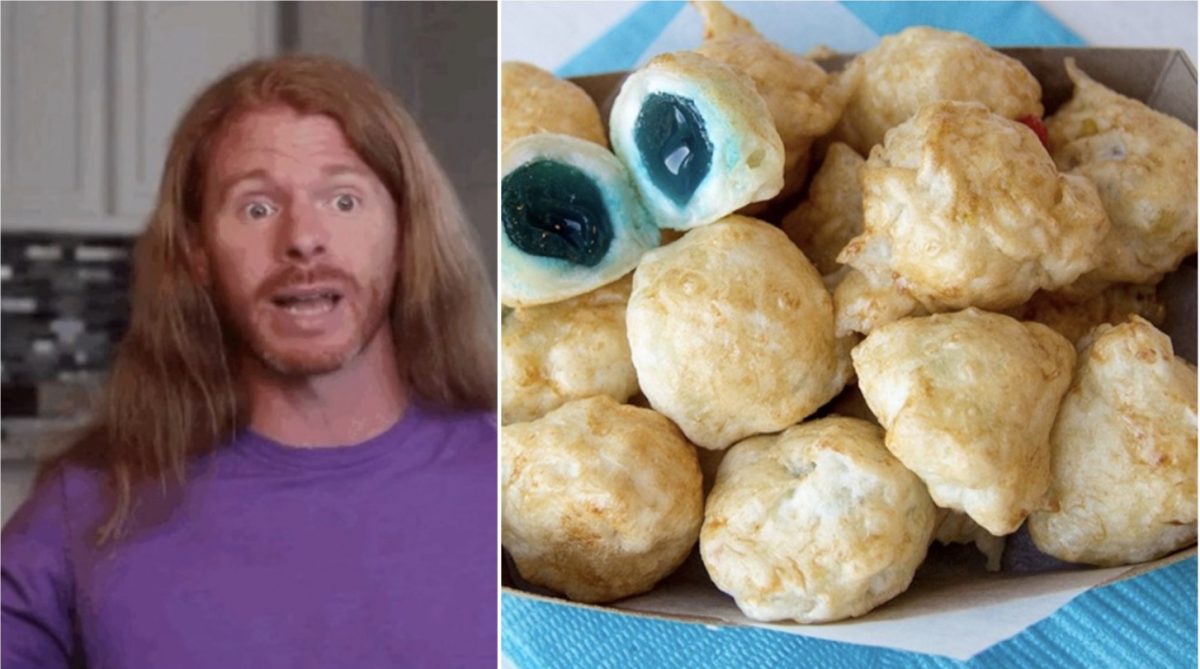 The mad scientists of Fruit Gushers have taken things too far with their latest monstrosity which they dubbed “deep-fried perfection.”

Essentially a sugary blue ooze surrounded by greasy dough, the folks at Gushers debuted their deep-fried creation on Twitter.

A few said that they would be willing to taste the balls of ooze.

Most on Twitter, however, rightly panned the vile frankenfood.

every single day we stray further from God's light.

i thought these were tide pods and got real excited https://t.co/e60FNYZUBq

The folks at Gushers, though, were not dissuaded by so much Twitter hate for their deep-fried blue ooze balls.

On Friday, they snarked back with a meme of their own to counter all those calling them Tide Pod look-a-likes, urging folks to call 911 to report the crime and otherwise showing their disgust for their blue food freak masquerading as a snack.

The meme read: “What a revolutionary concept.”

When people use any of the following jokes on this tweet:
-are those Tide Pods?
-this ain't it
-call the fbi/911/police/etc
-delete this pic.twitter.com/13ckiUwnS1