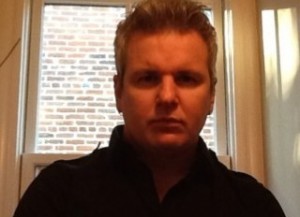 The conservative Twittersphere has been buzzing all weekend about the alternating suspensions and reinstatements of conservative Chris Loesch’s Twitter account. The Washington Times reports that Loesch, the husband of Big Journalism EIC and CNN contributor Dana Loesch, was “apparently targeted by leftist users” who used a spam reporting feature to trigger Twitter’s spam algorithm.

Loesch is back, and while that appears to be the correct result, the conservative reaction to this has been at once overheated, and half-baked.

Right off the bat, though, I’d like to say that the way conservatives on Twitter rallied around Chris Loesch was absolutely adorable! From The Washington Times‘ Anneke Green:

Supporters initiated by fellow conservatives Ben Howe and Jerome Hudson began sending tweets with a “#FreeChrisLoesch” hashtag. Retweets soon had it trending as one of the top 10 messages being sent in the United States. A couple of hours later, his account was reinstated only to be mysteriously suspended again within an hour. So the campaign was renewed, this time asking Twitter to “#FreeChrisLoeschAgain”.

I also have to disclose that, in person, Chris Loesch is an amazingly nice guy, and definitely the nicest guy you’ll ever meet wearing leather Goth Wonder Woman bracelets (Dana is also nice in person, albeit with an omnipresent caffeinated edge). When he gets on Twitter, though, he does things like calling his wife’s colleague, Soledad O’Brien, an “anti-Semitic leftist.”

However, in this case, the guy was responding to some beyond-egregious provocation from this guy:

Daniel Barber, a Bay Area freelance writer and Twitter bomb-thrower who goes by @DBarberHotnuke… went on to offer a few choice comments about Loesch, an affiliate of the late conservative publisher Andrew Breitbart:

@dloesch is one of the few women on this planet that if I learned she’d been brutally raped and murdered I wouldn’t shed a tear.
@DBarberHotnuke at 7:40 pm

…Chris Loesch posted nearly 50 tweets in the next 45 minutes, retweeting messages from supporters and responding to others who he felt were maligning his wife. Around 9 p.m. on Sunday, Twitter suspended his account.

I can’t say I blame him, although this problem seems like it would have been better solved with a plane ticket than a Twitstorm. As usual, the problem is with the ensuing overreach, in which various conservative outlets used this as a chance to smear “progressive activiats,” “leftists,” and “liberals” as, among other things, a “lynch mob.”

The Washington Times‘ Anneke Green reported that “Conservatives suspect a coordinated campaign to report as spam users with whom liberal users disagree. Several users sent out tweets bragging about getting Mr. Loesch blocked, including one claiming ‘my life job to make conservatives lives miserable.'”

My pal Ed Morrissey says Loesch is being victimized by “liberal activists,” because he “actively engages his detractors on Twitter,” while Michelle Malkin‘s Twitchy website warns of a “progressive flag-spam lynch mob” that is hell-bent on squelching conservative free speech. How can they tell? Well, two conservative accounts have been suspended, and “several users” have bragged about reporting them as spam. At Big Journalism, Dana Loesch cherry-picks quotes from an email that Chris Loesch got from Twitter in order to suggest confirmation that the “coordinated blocks” were responsible for the suspension:

You’ve been unsuspended,  and I’ve asked the team to monitor the account […] we are still investigating the best ways to work on this …

the coordinated blocks may still trip the automated systems, but we will try to stay a step ahead

Please note your follower/following counts maybe a little screwy for an hour or so after suspension/reinstatement.  Thanks for your patience.

This is only confirmation of the mere possibility that spam reporting might have been one factor that contributed to the suspension. It doesn’t even confirm that there were coordinated blocks, since Twitter could have been responding to the question “Could this have been due to coordinated blocks from organized leftists?”

Dana Loesch then demanded a correction from Chris Wilson, the Yahoo! writer who chronicled the suspension, for what he published as a self-evident (and completely sensical) alternate theory:

Although calls and tweets from Yahoo News to multiple Twitter spokespeople went unanswered, the company is certainly accounting for factors other than pure numbers of people flagging accounts as spam. If that were the case, prominent voices of any political flavor would regularly vanish and reappear. (This Yahoo News reporter’s experimental attempt to get himself suspended on Twitter by encouraging followers to report him as abusive was unsuccessful.)

More likely, Chris Loesch triggered a red flag at the Twitter headquarters by responding to well-wishers too zealously after rising to his wife’s defense. Dana Loesch posted a screenshot of the warning page her husband received for his first suspension, which states that he was cut off for “sending multiple unsolicited mentions to other users.” His rapid-fire retweeting of others in the immediate aftermath of his spat with Daniel Barber could well meet that definition.

Despite the fact that I’m a guy who thought that Algorithm was the name of the last jazz-funk album released by the guy who invented the internet, even I know this conspiracy theory makes no sense. If “organized leftists” had cracked the code for purging conservatives from Twitter, why would they start with Chris Loesch and/or Free Market America? Wouldn’t they go after a bigger, better target before their wormhole closed, like, say, Dana Loesch?

What Wilson says makes sense (elsewhere in the article, he acknowledges that spam reporting could have been one factor), a lot more sense than the idea that the great leftist speech-killing machine would set its sights on two tangential figures. For what it’s worth, I’m pro-speech, pretty much across the board, and I’m what Dana Loesch, Michelle Malkin, et al, would call a “leftist.”

The only villain here, it appears to me, is Daniel Barber, who has somehow managed to hang onto his 286 followers. I wouldn’t shed a tear if that number dwindled to zero, nor would it distress me if he were given the opportunity to convey his opinions on hypothetical rapes and murders to the Loesch’s faces. I’m not sure how well the “block” button would work in that situation.