Twitter Mocks Falwell Jr.’s Bizarre Outrage Over Compassion for Kids at Border Facilities: ‘Did Jesus Ever Meet a Payroll?’

Twitter Mocks Falwell Jr.’s Bizarre Outrage Over Compassion for Kids at Border Facilities: ‘Did Jesus Ever Meet a Payroll?’ 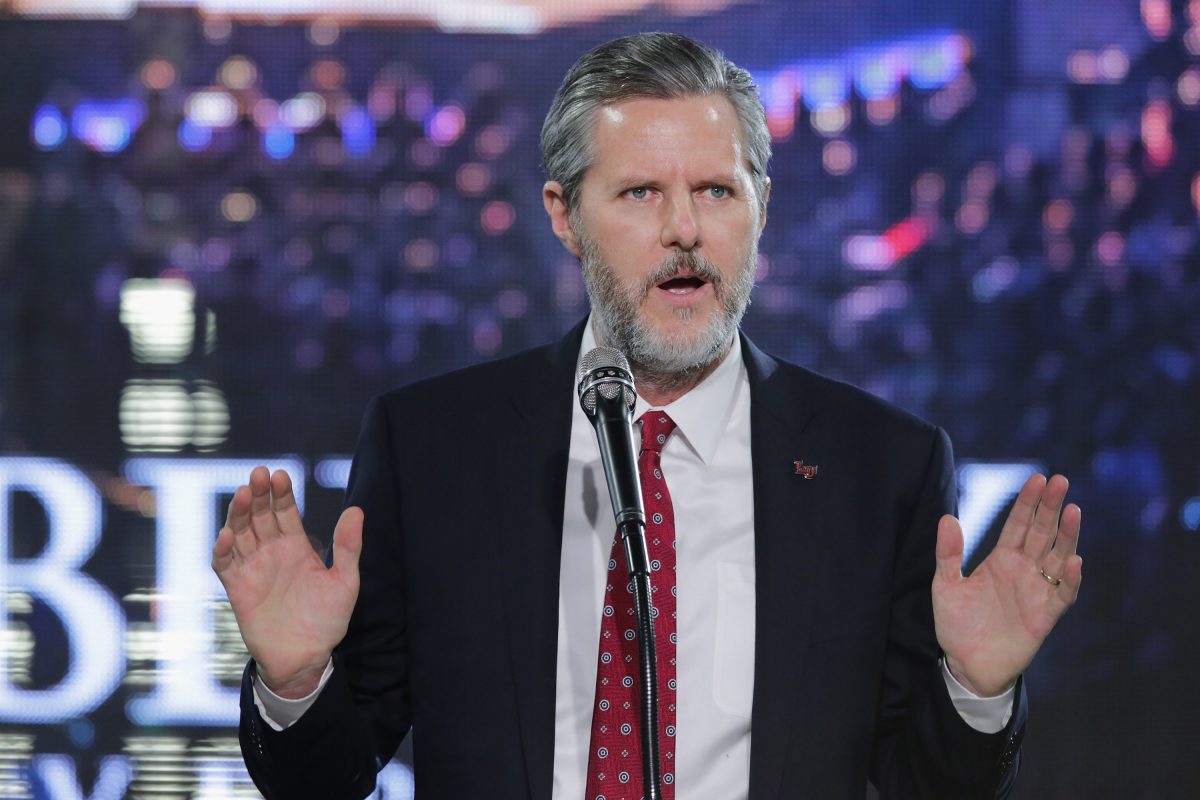 The splenetic, tangential response from Falwell, who is currently embroiled in a real estate scandal involving a Miami pool boy, for some reason challenged Moore’s business bona fides and, ironically, mocked him for not having “built an organization of any type from scratch.” Falwell notably inherited his role as president of Liberty University upon the death of his father, Jerry Falwell Sr., who founded the school in 1971.

Who are you @drmoore ? Have you ever made a payroll? Have you ever built an organization of any type from scratch? What gives you authority to speak on any issue? I’m being serious. You’re nothing but an employee- a bureaucrat.

The Twitter clawbacks to Falwell’s surreal outburst were as bipartisan as they were merciless in pointing out his hypocrisy.

This yes-man who claims to be a Christian leader of some sort is chastising a theologian and pastor for raising concerns about the plight of children. Even crazier, he thinks Moore has no standing to do so because he (allegedly) hasn’t “built an organization” or “made a payroll.” https://t.co/jKQW1PeaE3

Sorry just checking did Jesus ever make a payroll? Or Mother Theresa? Did they build organizations from scratch? What gives you authority to speak on anything? You are a disgrace https://t.co/0lNS9r55VM

Jesus’ moral authority, as we all know, emanated from the balance sheet of his vast multinational carpentry corporation. https://t.co/IRu3AJOyd1

Did Jesus ever meet a payroll? https://t.co/z3Bz0OOo4j

“Whoever takes the lowly position of this child is the greatest in the kingdom of heaven. And whoever welcomes one such child in my name welcomes me.” https://t.co/5CSe4xA4En

I literally pray every night that I won’t one day meet who I suspect is your employer. https://t.co/PxyrVbLyRX

Once again this person disgraces himself. What does this snarky aside have to do with @drmoore‘s concern for the conditions immigrant children face at border facilities? Is there a decent person alive who doesn’t think they shouldn’t be detained in safe, sanitary conditions? https://t.co/elbI28s2Re

We can’t *all* build up our organizations from scratch by

Hey @JerryFalwellJr, you are in charge of something your father built and use his name for your credibility. Perhaps you should just get back on your knees and wait for more scraps to be thrown your way by the President. Or go see the pool boy. pic.twitter.com/rgpE4TxrJ7

I am a border hawk (and have definitely paid for it in my mentions), which I mention only because it feels like necessary prelude to pointing out that this man is an ongoing embarrassment to evangelical Christianity. He is not fit to carry Russell Moore’s shoes. https://t.co/Cul9S9Tr3H

Imagine having a president of your religious university who needs to put “haters will be blocked” in his twitter bio. https://t.co/lsevVs33mm

Moral authority comes from managing payroll? By that logic the human-resources professionals of America are the most authoritative moral voices among us! https://t.co/A54WihZkeF

“You’re nothing but an employee.” @JerryFalwellJr says it like it’s a bad thing. What’s wrong with being an employee? https://t.co/PnMx9BzAjZ

You must be so relieved that the story is being framed that it’s your “Wife” in compromising lingerie shots.

He’s someone who’s shown he’s an actual Christian, in his deeds as well as his words.

I can understand why that would be so confusing to you.

Coming up at 11, Man who thinks Jesus is white and left a fortune by his equally insane father is questioning moral compasses.