WHAT RHYMES WITH "PYRAMID"? 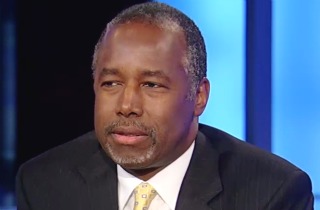 Even if you’re neither a fan of rap music or a part of “Black Twitter,” there’s still enough meta-comedy gold here for you and everyone else to enjoy.

It's going to be an amazing day on #BlackTwitter. https://t.co/caBgb0TJzc #CarsonRaps

there are so many better things to rhyme with "carson" than "awesome" tho https://t.co/nxGGqjafu4

in 99% of all parallel universes, the idea "ben carson rap ad" turns out poorly. why can't i live in one of the universes where it was lit?

CARSON CAMPAIGN: how can we appeal to urban youth

SUBURBAN MIDDLE SCHOOL PRINCIPAL: leave this to me
https://t.co/AgF7EcvNof

Damn, his science is too tight! https://t.co/QDNt2kwE9a

“forget this future guy. have u heard the new ben carson jam?" pic.twitter.com/94ygAtcSiq

Advisor: Obama had a lot of rapper supporters. Jay Z, Ludacris…
Carson: Can we find one?
Advisor: I have a cousin.
https://t.co/otN7RwxDLO

My name's Ben Carson and I'm here to say/Satan invented vaping in a major way https://t.co/ii2xaEPhav

French:
*HAAANNNH*
"Ben Carson bringing Heat like Dwyane, y'all/
Ben Carson been gettin that brain, y'all/"

if we're being real you put French Montana and Future on this Ben Carson beat and Hillary's in trouble. https://t.co/7n5Vw2j6hJ

“for our next president, be awwwwwwwwesome.” that’s the hook, bruh. THIS HAS A HOOK. https://t.co/UT2GQc4yuH

* — Not actually Carson’s bars, as he did’t do the rap himself. No doubt a missed opportunity.