University Professor Revealed To Have Killed Entire Family, Keeps Job And Support Of Many Students 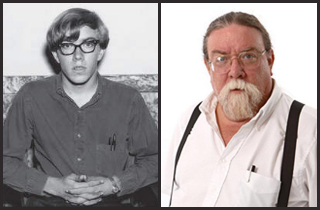 Despite a university professor’s gruesome past being revealed, his job is safe and his support among the student body remains firm.

Last week a local Texas newspaper reported that Millikin University psychology professor James St. James is actually James Wolcott, the man who, at the age of 15, murdered his mother, father, and teenage sister in 1967.

During trial, the young Wolcott admitted to killing his family but pleaded insanity due to mental illness compounded by weeks of huffing airplane glue. He used a .22-caliber rifle to fatally shoot all three family members in the chest and/or head.

St. James was eventually found not guilty by reason of insanity and was sent to a mental institution until he was found sane. After six years of confinement, he was released. He changed his name and went on to obtain a PhD in psychology and became an esteemed professor at the private university in central Illinois.

Despite the emergence of these gruesome details, the school’s administrators and nearly 2,400 students appear to be standing by the award-winning professor. In an official statement, the school wrote: “Millikin University has only recently been made aware of Dr. St. James’ past. Given the traumatic experiences of his childhood, Dr. St. James’ efforts to rebuild his life and obtain a successful professional career have been remarkable. The University expects Dr. St. James to teach at Millikin this fall.”

One local councilman has called upon St. James to step down from his post but, aside from that, there seems to be very little rebuking from current and former students. One student told the Chicago Sun-Times “I do not see him as a threat to anyone,” while other former students told CBS they’d continue recommending his courses to other students.