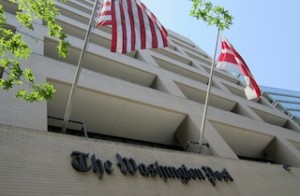 Washington Post made waves across the internet last night when they reported that computer code from Russian hackers was found inside the power grid of a Vermont electric company. While the story conveyed implications of a serious national systems breach, it would seem that WaPo’s original story inflated a significant detail that has prompted them to correct it.

As America debates the implications of whether Russia interfered with the 2016 election, WaPo reported on Friday that the hacking operation known as Grizzly Steppe had penetrated Burlington Electric Company. The Daily Caller reports, however, that WaPo apparently did not seek out a statement from the company, and Burlington ended up issuing one of their own:

“Last night, U.S. utilities were alerted by the Department of Homeland Security (DHS) of a malware code used in Grizzly Steppe, the name DHS has applied to a Russian campaign linked to recent hacks,” a spokesman for the Burlington Electric Department said. “We acted quickly to scan all computers in our system for the malware signature. We detected the malware in a single Burlington Electric Department laptop not connected to our organization’s grid systems.”

The Vermont Public Service Commissioner Christopher Recchia told The Burlington Free Press, “The grid is not in danger.”

While it would seem that a single computer was subjected to Russian-made malware, it does not suggest that the entire network was compromised.

Washington Post has reacted to this by changing their headline and adding an editor’s note to their original piece:

Editor’s Note: An earlier version of this story incorrectly said that Russian hackers had penetrated the U.S. electric grid. Authorities say there is no indication of that so far. The computer at Burlington Electric that was hacked was not attached to the grid.