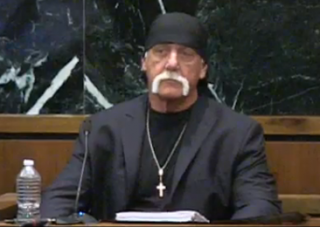 An op-ed for The Washington Post Thursday argued that the Hulk Hogan-Gawker lawsuit was comparable to racist Southern officials trying to keep Jim Crow alive.

Attorney Stuart Karle notes that Hogan’s lawsuit was bankrolled by Peter Thiel, a gay Silicon Valley billionaire looking to retaliate against a Gawker piece maliciously outing him. “Thiel’s tactics in fact resemble nothing so much as the legal maneuvers white racists used to threaten the Northern press with ruin if it continued to cover the violent official response to efforts to desegregate the South in the 1950s and ’60s,” argues Karle in “The legal campaign against Gawker has roots in the racist South”.

Karle cited the landmark Supreme Court case New York Times v. Sullivan, which revamped libel law in the United States. In that case, Alabama officials tried to sue the Times into oblivion after they ran an anti-segregation advertisement containing minor factual errors. The Court ruled unanimously for the first time that media outlets could only be sued for libel or defamation if injured parties could prove they knowingly lied or showed reckless disregard for the truth.

“A concerted legal campaign by a powerful man to force a publisher to spend all its money on legal fees explicitly because that man wants to drive that publisher out of business deserves as much scorn when done by a tech mogul as when done by racist officials who embodied one of the more tragic aspects of our history,” he concludes.

Now Karle’s logic is clearly foolproof, but it leads to more disturbing questions. Stuart Karle wrote an op-ed advancing his opinion. But in 2015, USA Today ran an op-ed by a radical Muslim arguing that the Charlie Hebdo massacre was justified because the victims insulted Mohammad. These are clearly the exact same thing.

It’s impossible for Karle’s goal be admirable when he uses the same tactic as such an evil person. Furthermore, as a lawyer he’s probably sued someone, which we’ve already established is just like the Klan.

Some logicians would argue that these are examples of the association fallacy, that Karle’s argument is completely devoid of necessary context, and that a reasonably intelligent six-year-old could poke holes in it. But for all we know, those logicians like dogs JUST LIKE HITLER.