Washington Post Editor Marty Baron: Trump’s Idea of Amazon Owning Us is ‘Completely Made Up’ 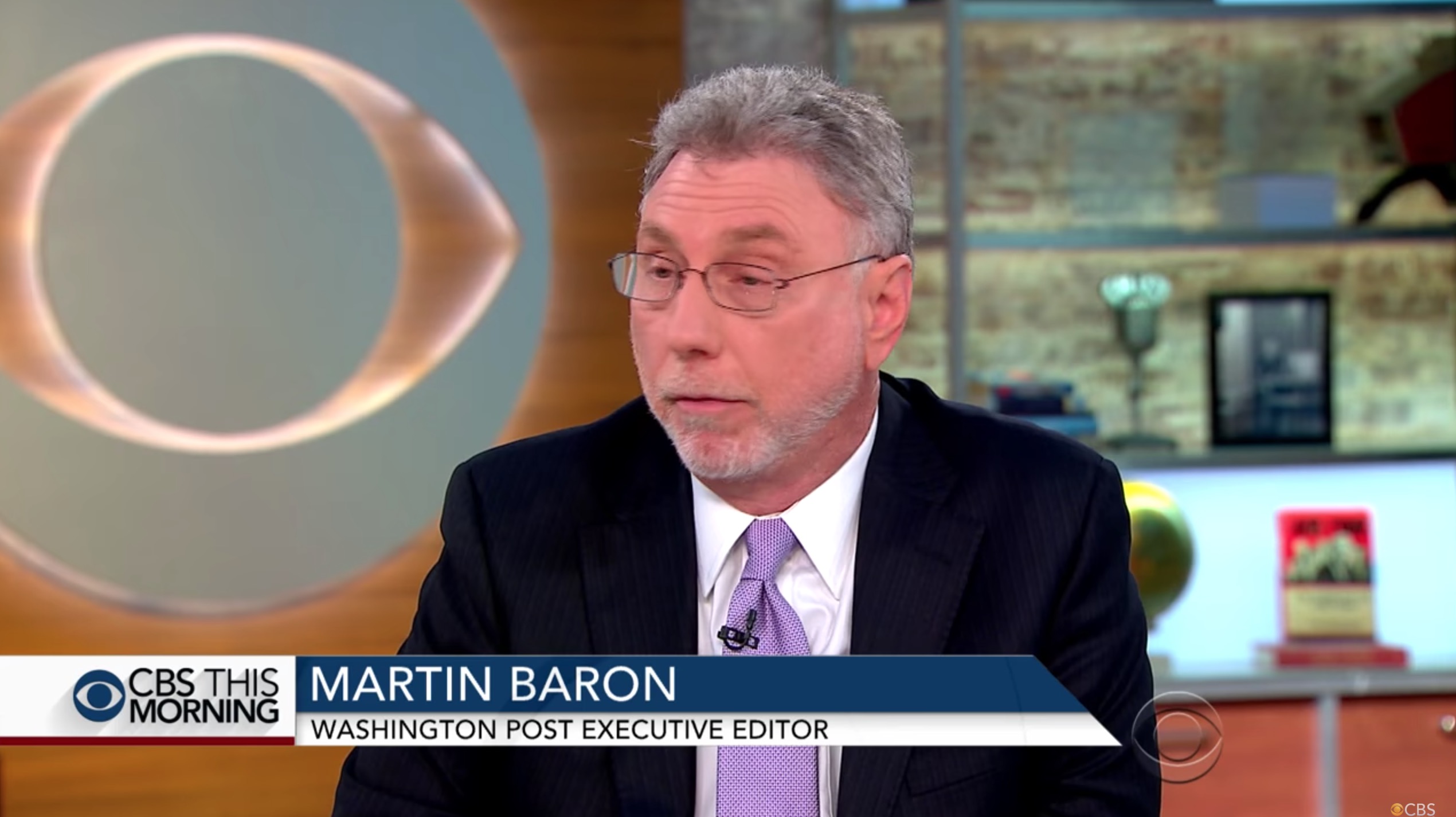 For the past few days, Trump has escalated his rhetoric against Bezos by tweeting that Amazon takes advantage of the tax system, and Washington Post should be classified as a lobbying firm instead of a news outlet. This is hardly the first time Trump has gone after the “Amazon Washington Post,” but in light of the recent, increased frequency of these slams, Baron shrugged things off in a statement to The New York Times.

“It’s completely made up,” Baron said. “There isn’t anybody here who is paid by Amazon. Not one penny.”

Baron said that even though Bezos holds conference calls with WaPo’s leadership on a recurring basis, he doesn’t get involved in their news operation. Baron also noted that WaPo has written about Amazon in the past and never heard from Bezos regarding any critical coverage.

“Frankly, in a newsroom of 800 journalists, if that had occurred, I guarantee you, you would have heard about it,” he added. “Newsrooms tend not to like those kinds of interventions, particularly a newsroom that’s as proud as The Washington Post.

“If he had been involved in our news coverage, you can be sure that you would have heard about it by now,” Mr. Baron added. “It hasn’t happened. Period.”